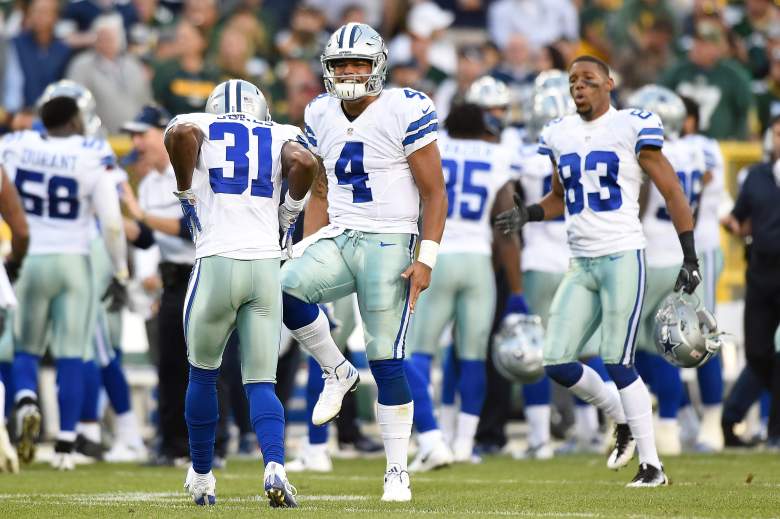 Dak Prescott leads the Cowboys against the Eagles tonight in primetime. (Getty)

The Dallas Cowboys host the Philadelphia Eagles in an NFC East matchup tonight on Sunday Night Football. The game kicks off on national television at 8:30 p.m. Eastern on NBC.

Here’s the details for the Sunday Night Football game.

Line: Cowboys by 4 (Odds are courtesy of OddsShark and subject to change.)

Game Preview: The Cowboys return to action tonight after a bye week, and Dallas will have a new addition to their team as Sunday Night Football comes to town. Dez Bryant will make his return after missing most of the season with a knee injury.

It could not happen at a better time for the Cowboys who will need all the help they can get as they face the Eagles. Philadelphia is coming off their biggest win of the season as they gave the Vikings their first loss last week.

This NFC East matchup features two rookie quarterbacks who have had great starts to the season. Carson Wentz will look to get back on track tonight after a down game against the Minnesota defense. Dak Prescott has more than outperformed his fourth round selection in the 2016 draft.

It could prove to be the first of many divisional matchups between the two young quarterbacks.