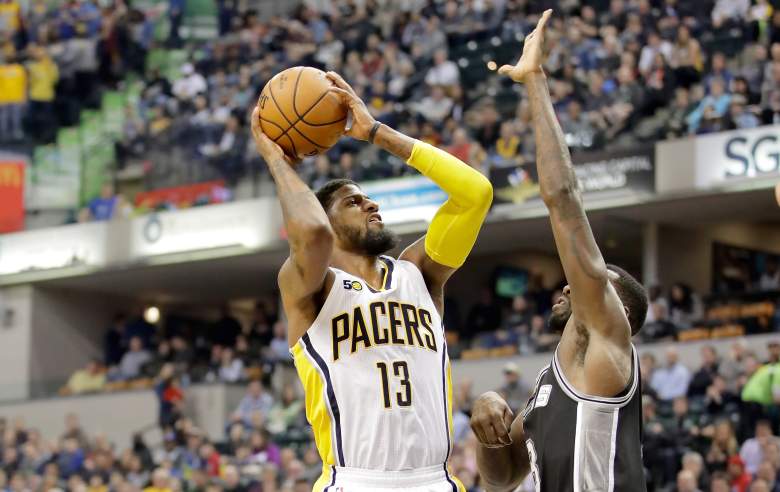 The Pacers appear to be at a crossroads after a recent meeting between Larry Bird and George. According to USA Today’s Sam Amick, George reiterated his desire to stay with the Pacers, but was also adamant on his desire to be on a championship contending team. George can opt out after the 2017-18 season leaving the Pacers with a decision to make.

Amick noted the Lakers are one of the teams in play during free agency with Magic Johnson at the helm.

George will be a free agent in the summer of 2018, and it’s no secret that the 26-year-old Palmdale, Calif. native would love nothing more than to sign with his hometown Lakers if the future is bleak in Indiana. The fact that the Lakers are in the process of trying to land George right now, with new lead executive Magic Johnson moving fast to fill that superstar hole that Kobe Bryant left behind, only makes these next two days all the more compelling.

Magic & Bird, together again as NBA power brokers, on Day No. 2 of Johnson’s new job. You can’t make this stuff up.

The L.A. Daily News’ Mark Medina noted on Twitter that the Lakers are likely to opt to wait to sign George via free agency rather than give up their young assets to acquire him, while Amico Hoops reported Johnson may not show as much restraint.

For both Lakers/Paul George's sake, it seems more likely they'll wait for George in free agency than try to get him in trade

Wojnarowski reported the Celtics have the most assets to offer for George but the Pacers are worried Boston could be pursuing the Bulls Jimmy Butler. All this should lead to exciting finish at Thursday’s 3 p.m. Eastern trade deadline. 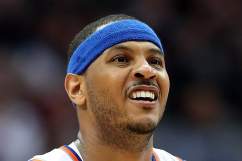 Read More
Basketball, NBA
The Pacers are listening to offers for Paul George. Find out the latest trade rumors and what teams are in the running to acquire the All-Star.