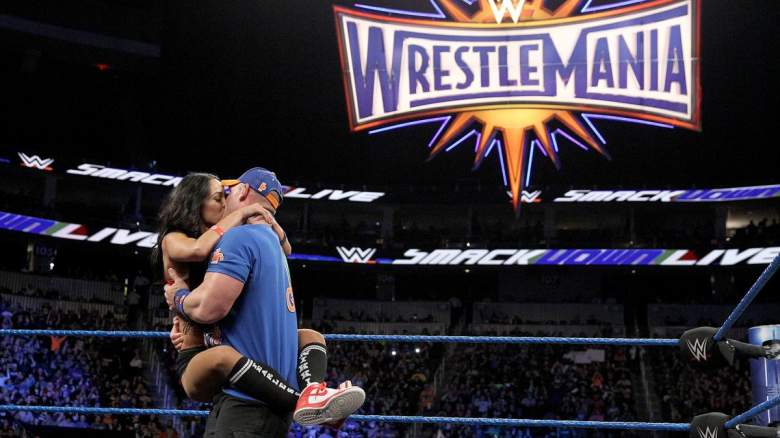 At WrestleMania 33 on Sunday night, John Cena proposed to his real-life girlfriend, Nikki Bella. Will this be Bella’s first time getting married? Or has she been married before?

Nikki Bella has been married once before, at least according to Total Divas, the E! reality show starring WWE personalities. In an episode of the show, Bella revealed to her family that she married her high school sweetheart at the age of 20 but kept the wedding a secret from everyone. She also kept their divorce a secret; the two were divorced three years after the wedding took place.

“Even when I started to walk down the aisle, I knew, ‘This was a huge mistake, how can I get out of this,’ but I couldn’t,” Nikki Bella said on Total Divas. “I tried to forget about it…”

In the show, Nikki Bella revealed to John Cena that she had been married before, and he was pretty cool with it.

After a months-long storyline in which The Miz and Maryse mock Nikki Bella for wanting John Cena to marry her, John Cena finally proposed at WrestleMania 33. This came after years of Cena saying on reality shows and in interviews that he didn’t want to get married because he doesn’t want kids.

John Cena has also been married once before. Funnily enough, he also married his high school sweetheart, and he also got divorced three years after the wedding. However, Cena was much older when this took place; he was married for the first time in 2009 and divorced in 2012.