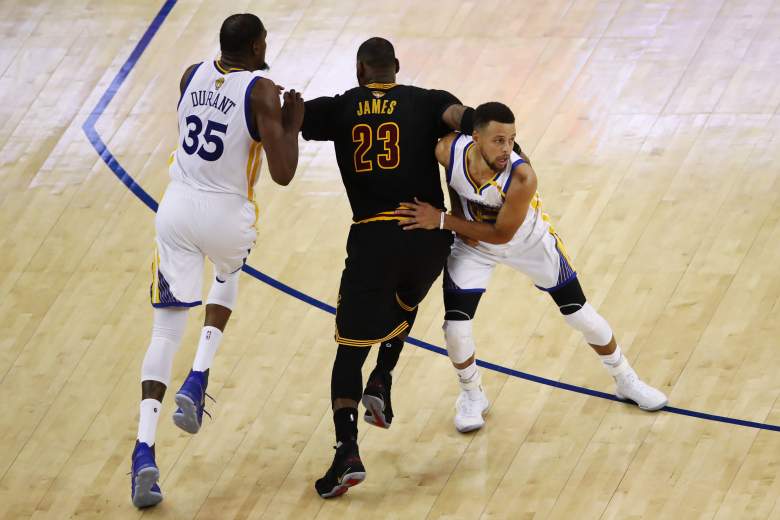 LeBron James and the Cavs look to win their first game in the 2017 NBA Finals. (Getty)

So far, the Cavs have been shutout of the 2017 NBA Finals. The series moves to Cleveland tonight for Game 3 with tip-off scheduled for 9 p.m. Eastern on ABC.

Here’s a rundown of your streaming options for tonight’s game.

ESPN offers a live stream on desktop via Watch ESPN for those who have an internet provider who is one of ESPN’s affiliates. Once you are on the website, click on the tab that says “Golden State Warriors vs. Cleveland Cavaliers”.

Here’s the streaming options if you are looking to watch Game 3 of the NBA Finals on your phone or a streaming device. As with the desktop version, you will need to have an internet provider that is one of ESPN’s affiliates. Click here for further details on ESPN’s streaming policy.

The Warriors were completely dominant in the first two games of the series. Cleveland has tried to play uptempo basketball and the gameplan has backfired with the Warriors offense.

Golden State has been able to turn missed Cavs shots into baskets in a hurry. It will be interesting to see what adjustments the Cavs make in Game 3 after striking out in the first two games. Cleveland’s defense has had no answer for Kevin Durant in this year’s finals. The Cavs must figure out a better defensive gameplan or risk getting swept on their home floor.

Cavs fans can look back to last year’s finals for proof their team is capable of making a comeback. However, this year’s Warriors team is much more talented than the 2016 team.