It didn’t take Eli Manning more than a few days on Twitter to give a shoutout to his former New York Giants teammate — and sometimes harshest critic — Odell Beckham Jr.

The reference to OBJ came just before “The Match 2,” which featured Eli’s brother, Peyton Manning, playing golf alongside Tiger Woods, Phil Mickelson and Tom Brady. Manning posted a clip of their Super Bowl commercial from a few years back where he and Beckham get their groove on.

Peyton is the better golfer, but I’m actually the better dancer … @obj can tell you. pic.twitter.com/5eLb1mSAdx

“Peyton is the better golfer, but I’m actually the better dancer,” Manning wrote. “[Odell Beckham] can tell you.”

Manning recently joined Twitter after being social media silent during his career. And so far, he’s been a hit, already garnering more than 280,000 followers. 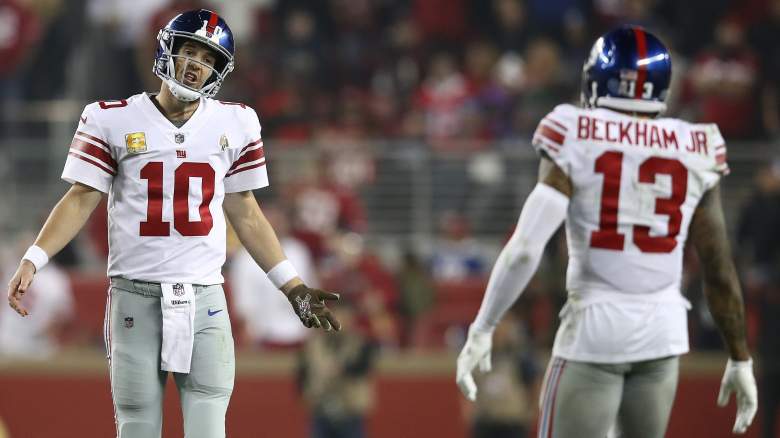 Beckham spent the first five seasons of his career catching passes from Manning, making a trio of Pro Bowls and garnering Rookie of the Year honors in 2014. However, the Giants had little playoff success with the WR-QB combo, making the playoffs just once over that half-decade span, which ended in a blowout loss to the Packers.

Beckham was openly critical of Manning on many occasions, feeling that he couldn’t reach his full potential in New York. Beckham did a wild interview with ESPN and had some harsh words for Manning.

“Like I said, I feel like he’s not going to get out the pocket. He’s not — we know Eli’s not running it. But is it a matter of time issue? Can he still throw it, yeah, but it’s been pretty safe and it’s been, you know … cool catching shallow [routes] and trying to take it to the house. But I’m, you know, I want to go over the top of somebody.”

Beckham was traded last offseason in somewhat surprising fashion to the Cleveland Browns, ending his partnership with Manning.

Manning retired this offseason after he was replaced by Daniel Jones as the starter for the Giants. He threw for 57,023 yards, 366 touchdowns and 244 in his career, going 117-117 as a starter and winning a pair of Super Bowls. 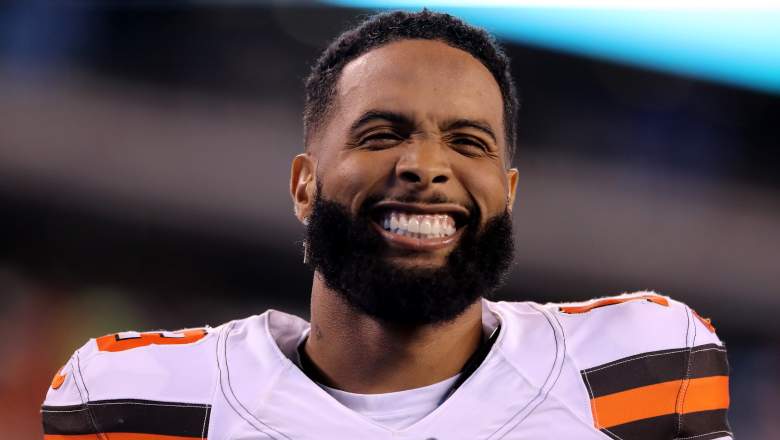 Despite breaking the 1,000-yard barrier last season, Beckham did not live up to the wild expectations set for him. He finished his first season in Cleveland with 1,035 yards and four touchdowns. On top of that, the Browns missed the playoffs for a 17th consecutive season, letting go of both head coach Freddie Kitchens and GM John Dorsey following a 6-10 finish.

Beckham wasn’t looking as spry last year as he did in the commercial with Manning. He didn’t miss a game last season, but played through multiple injuries during his first season in Cleveland, most notably to his hip and groin. It was also reported that Beckham was playing through a sports hernia. He had core surgery in January. He broke down the ailments he dealt with last season on his personal YouTube Channel.

Beckham’s best season came in 2015, when he racked up 1,450 yards and 13 touchdowns while catching balls from Manning in New York. During his first three years in the league OBJ went over 1,300 yards and double-digit touchdowns — feats he hasn’t accomplished since.