Halloween is a fun time to be a huge video game fan. Every year, there are more video game Halloween costumes, and more new games of which to make costumes.

Even if you haven’t yet developed a D.I.Y. cosplay talent, there are a large number of premade video game character costume kits that are perfect for any Halloween event.

To get the ball rolling, we rounded up a couple classic video game costume ideas that are available online.

Read on below to check out which video game character costumes make the leaderboard. 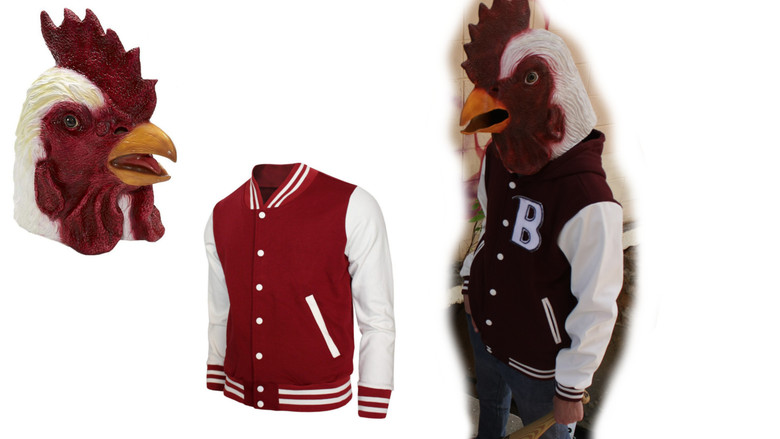 The rubber animal masks worn by The Fans in Hotline Miami 2 all make for easy costumes, but nothing beats Richard, the ghastly Rooster persona that Jacket first adopts in the original game. This is an easy costume to put together too, as all you need is a rooster mask, a letterman jacket (“B” patch optional), a pair of blue jeans, and a weapon. Makes for a great group costume as well. 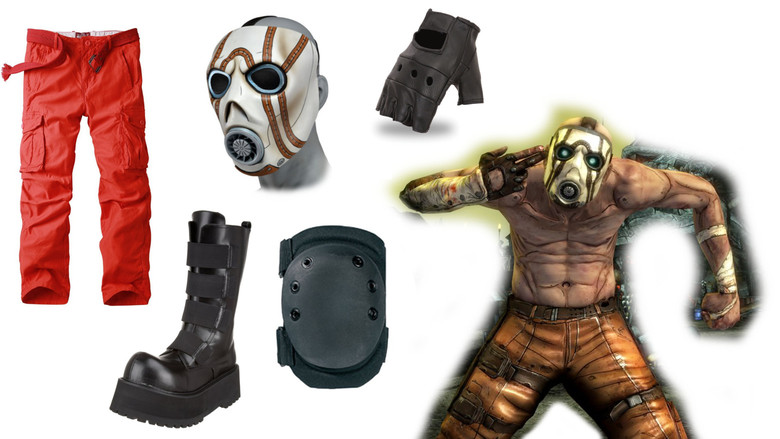 In Borderlands, Psychos are bandits who’ve gone insane due to their obsession with the Vault. Fortunately they’re easy to spot with their white masks, bare chests, and bright orange pants.

The key to this costume is the mask, which can make for a fun arts and crafts project following a video like this, or just purchasing a premade mask. Our favorite Borderlands masks come from NetherWolfeDesigns, but plenty of other options can be found on Etsy.

The rest of this costume is simple. Add orange cargo pants, fingerless gloves, knee pads, and some combat boots. Optional additions include athletic tape, a leather belt, a leather knife sheath, and some sort of weapon. 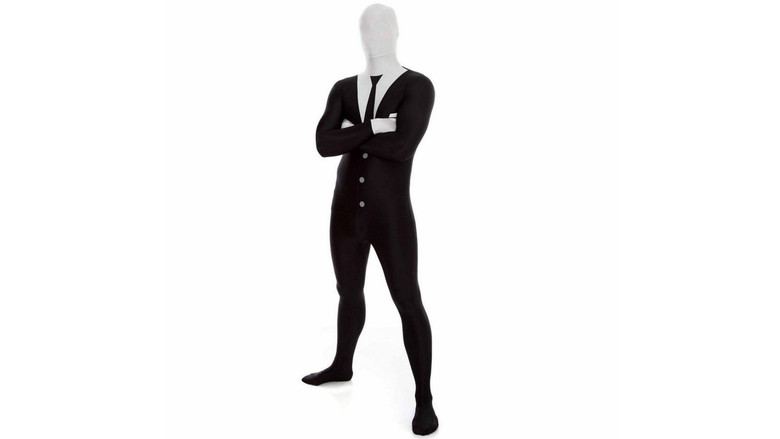 Slenderman was a figure of horror before he was incorporated into the survival horror game Slender: The Eight Pages, and will be sure to frighten this Halloween. His mysterious lack of defining features is what makes him a terrifying and easy costume.

A white morphsuit and black-tie outfit works fine, but if you don’t have a suit to use, you can take the simple route and go with the full morphsuit version of the costume.

4. The Sole Survivor from Fallout 4 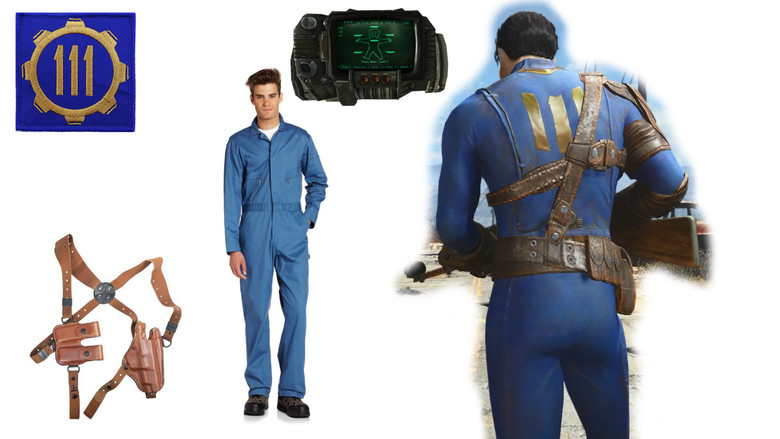 Like past Fallout protagonists, the Sole Survivor is recognizable only by his/her blue coveralls, with a back insignia representing the vault they once dwelled in. The newest installment in the series, Fallout 4, incorporates the canine companion Dogmeat, which could make for an cute detail to add to this costume.

The centerpiece of any Fallout-themed costume, though, is the ubiquitous Pip-Boy, but this can unfortunately be hard to recreate. You may be able to find one of the replica Pip-Boys from the special release of the game, but it is probably cheaper to 3D print one yourself.

If this isn’t within your means, cardboard and tape will do in a pinch, but you’ll at least want to commit to adding a good Vault 111 design on the back. Because things can always be easier, you also have the option of just sewing a patch to the back to complete your outfit. 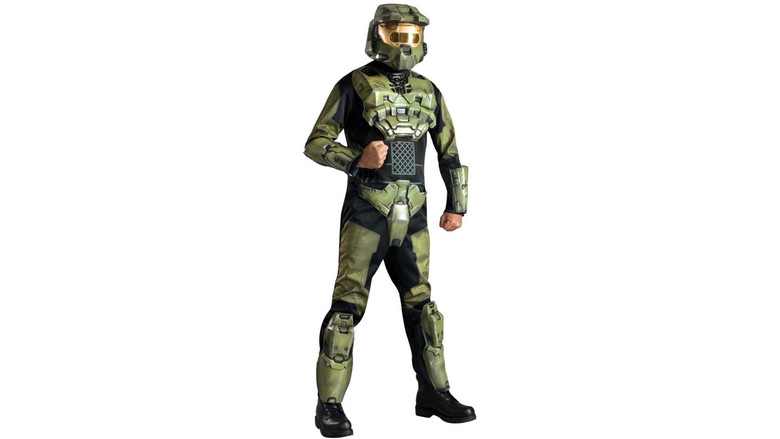 With Halo 5: Guardians slated for release at the end of October, Spartan protagonist Master Chief will be reaching for new levels of awesomeness fighting alongside the Blue Team. This 100% polyester costume also comes with a two-piece helmet and Molded EVA Armor and boot tops.

You can spice this costume up in awesome way by including my personal favorite weapon: the Covenant Energy Sword. 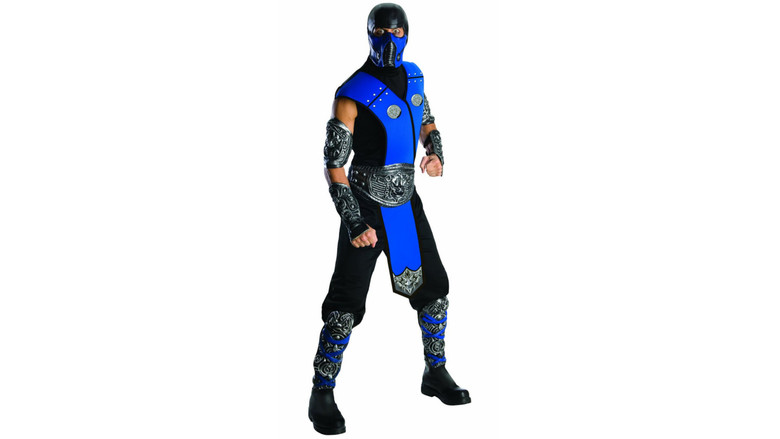 Get over here! Sub Zero is one of most iconic fighters of the Mortal Kombat franchise, and makes a fearsome costume for seasoned arcade fighters.

This costume includes the icy blue jumpsuit with attached padded tabard and shoulder guards, plus molded armor pieces and a face-covering mask. Want to get gory? Turn any classic decorational skull into the result of a fatality with an epic battle pose.

7. Link from The Legend of Zelda 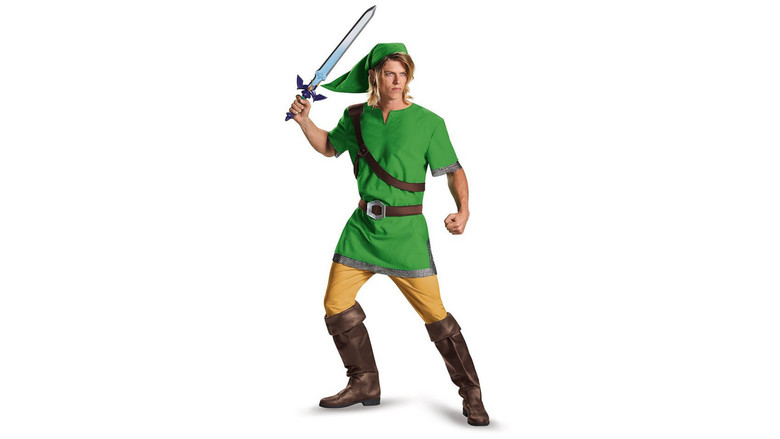 Link, the immortal hero of time from The Legend of Zelda series, lives on for generations through the power of storytelling across the land of Hyrule. In a similar manner, this character’s instantly recognizable getup brings many generations of gamers together, and delivers an uplifting feeling to fellow heroes of time.

This adult-sized costumes includes Link’s iconic green tunic with an attached chest strap, plus a detachable belt and hat. You will want to supply your own white leggings, riding boots, and Master Sword to complete the costume. 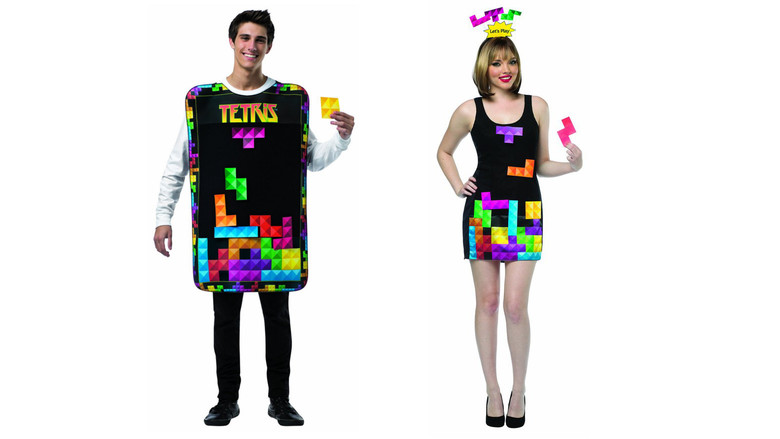 This Tetris Tunic has a flat front panel where you can attach velcro tetriminos to depict your perfect game or your nightmare spread. The women’s version of the costume offers the same attachable pieces with a stylish dress. 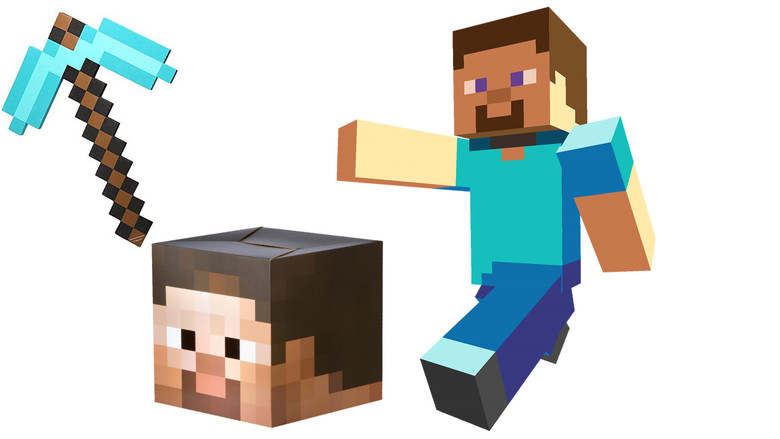 Minecraft was the block-building game that spawned a whole genre of offshoots and redesigns, but none of its predecessors will never have its disarming charm. The game’s default skin, colloquially named Steve, has a naïve smile that never fades, no matter how many times you fall into a lava pit or get murdered by skeletons.

This lightweight cardboard box mask recreates the exact texture from the game, and only needs to be matched with a cyan shirt and a pixelated pickax to complete the costume. 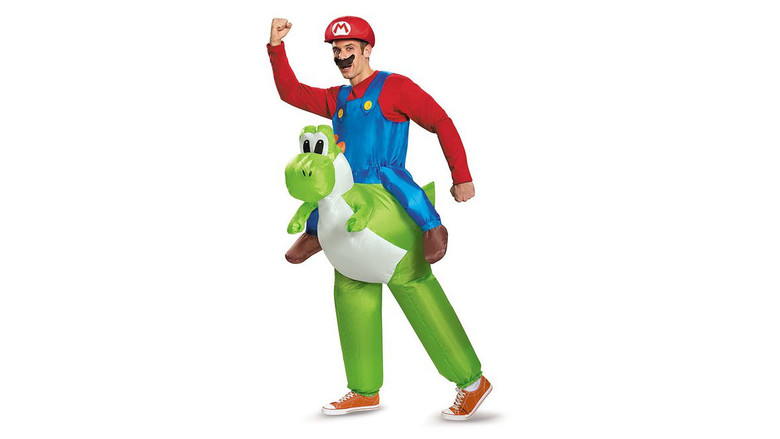 On Halloween, you’ll likely run into as many Marios as Waldos, but few of them will be riding atop their very own green Yoshi.

This inflatable jumpsuit allows you to stick out from other folks who went with one of the most popular video game Halloween costumes by riding your own battery-operated inflatable Yoshi.

Note that the costume does not include Mario’s classic red shirt, mustache, or hat.

These can be made at home or purchased in a Mario accessory kit here (minus the shirt).