On June 9, 2013. a new journey will unfold in the Animal Crossing universe – New Leaf. Here’s everything you need to know about the game’s most noteworthy features, its newest cast of characters, and the reception to the game in Japan so far.

1. New and Returning Features from Past Animal Crossing Games Show Up Here

Animal Crossing: New Leaf is introducing a host of new features, as well as ones that were present in past renditions of the series. Instead of starting your residence inside of a house, the game will place you in a tent that can be expanded and upgraded over time. The customizing aspects of the game have also seen an upgrade, such as pants modification and wall furniture. Benches and lamp posts (which were taken out of the predecessor for this sequel) is returning once again.

The producer of the game, Katsuya Eguchi, spoke to Computer and Video Games about the core elements of this edition:

There are two. One is the communication between players. You can realize your own personality by collecting the things you like and showing them to other players. This time you can also become the mayor of the town, so you can shape the entire town to your liking. You can also shape the sort of game you want, so you can make the town active from early morning, or active late in the night. Also, in the shopping street, you can build a thing called Dream Suite. You can upload data of your town to the server and also visit other people’s towns so you can get inspiration from other players. So you can show your own town or house or see other people’s towns and houses, so you can make discoveries and get surprises, and this lets you play and come with new ideas and gives you motivation. That’s what you can do inside the game but even outside it, Nintendo has already started in Japan a service through which you can upload screenshots from the game and upload them to existing social network services like Facebook. Nintendo plans to implement this service in Europe too, so you can share images you like with others and get communication going with other players.

2. Players Get to be The Mayor of the Town This Time

Another new feature of the game is actually one of the best implications added so far – you can now be the mayor of the town you live in. This means that not only do you have control over your customization features for your personal space, you now have the option of customizing your own town.

The game’s director, Aya Kyogoku, offered some details on this part of the game during an interview with Computer and Video Games:

You can build facilities through public works [by investing at the mayor’s office], so I’ve built a café. Although I’m the mayor of the town I can do this as a part-time job and earn some money, so that I can increase the number of things I can do in the game. The shops in the high street are small when you start the game but as the town grows you can get more shops, and the shops become bigger. Eventually there are shops that open automatically as the town grows, but there are also some shops that you need to open through public works, like the Dream Suite or the nightclub. To open a nightclub… obviously there’s a concern about noise level, so the mayor has to visit all the residents and ask for their consent by collecting all their signatures.

Two new animal types are making their appearance for this sequel – hamsters and deer. New special characters are also appearing in the game – Isabelle (a dog), her twin brother Digby (dog), Leif (a sloth), Reese (an alpaca), and Cyrus (an alpaca). Tom Nook (a Japanese raccoon dog), his nephews Timmy and Tommy (same animal type as Tom Nook), Kicks (a skunk), Labelle (a porcupine) and K.K. Slider (“Club LOL”) all make their return.

In a special bid to build more popularity for the game, Nintendo commissioned a Twitter account for Isabelle (@animalcrossing). Check out some of her tweets below:

I just received a package of fruits my mom sent me from home. Wow, really makes me homesick! Do you ever get homesick?

I went to the post office to send my mom a thank-you letter and ended up seeing Pelly there! I love getting to see her. ^_^

Registering best friends is so convenient when you just want to chat. I use it all the time with Digby! Who are you going to chat with?

Just got the special project back from Cyrus! It’s a music box made from a giant-clam shell and some music I had! I’m so excited! ♪

5. The Game Has Sold Well in Japan

The response to the game so far has largely been positive. Japanese video game magazine Famitsu gave it a grade of 39 out of 40 (Platinum Award). Animal Crossing: New Leaf is also officially known as being the first 3DS game to pass 2 million units sold in just under 2 months. A total of 3.86 million copies have been sold so far. 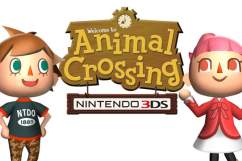