It feels like we’ve been playing Capcom’s superhero/super villain crossover fighter Ultimate Marvel vs. Capcom 3 for like a century now.

Sure it only came out last year, but the amount of coverage and fighting game tournament playtime this game has gotten makes it seem like its been around forever.

It’s about time we looked towards the future of the Vs. series brand of Capcom fighting games. Eventually, a fourth entry in the long-running series will become a reality. Sooner (we hope) rather than later, Marvel vs. Capcom 4 will be announced at some huge Capcom press event or E3 2015. So in order to prepare for that forthcoming announcement, we’ve put together a list of 10 characters from each brand that needs to be a part of the game’s roster.

These are the top 20 Marvel/Capcom characters that need to be playable in Marvel vs. Capcom 4.


The coolest X-Men character ever needs to make a return. Him and his large array of kinetic energy cards and staff abilities are something we’d like to use again.


She was regulated to an Assist in the first game, but we think she needs a starring role this time around. She’s the only superhero we know who can make fireworks intimidating.


The ever nimble, hairy genius of the X-Men would have crazy maneuverability as a playable character. He’d be a crazy cross between Spider-Man and Haggar.


Thor’s adopted brother/arch-nemesis has turned into an even more popular badass thanks to Marvel’s new found movie success. Loki’s magic and penchant for summoning allies could make him a severe problem.


The next Marvel vs. Capcom needs some more Spider-Man action. The Green Goblin is a perfect candidate for that option. He can float all over the screen and blow you and your whole team to kingdom come.


And here’s our second choice for another Spider-Man branded character. The super insane Symbiote villain known as Carnage would be an insanely fun character to run with. Those axe hands could tear anyone to shreds.


And finally, the super nimble Dr. Octopus would make an awesome addition to this fantasy game of our’s. He was rumored to be created for the last game, so we think Capcom and Marvel needs to finish him up for this round. Those tentacles of his are grab happy and ready to kill.


Daredevil would be one of the swiftest and most melee-heavy characters in this game. His hand-to-hand tactics are already hard to deal with, so imagine him and his billy clubs in a fighting game.


Not only is Black Panther a hero of high intellect, he’s a hero of super strength and super speed. Storm’s husband is a ready made teammate that’s capable of fast maneuvers and swift finishers.


There were a couple of unknowns in the last game, so we’re going to add another “WHO?” to this sequel. Songbird is a former female wrestler who also happens to have a mean supersonic scream. It’s time she got some shine alongside the rest of the Marvel crew.


It seems like the Blue Bomber has been forgotten about by his own company. In order to get some goodwill back from the Mega Man fan base, Capcom needs to do good by them by adding Mega Man X. His Level 3 needs to throw him in that sweet Glide Armor.


One other Mega Man robot we’d like to play as is the underrated Bass. He retains some of the abilities the Blue Bomber has, but his super form with his loyal robo-pet Treble would be an awesome super move to witness. Don’t forget about his Flash Kick.


There’s Street Fighter 2 and Street Fighter IV representatives, so how about one for Street Fighter 3. Alex is a much appreciated brawler/grappler that would look awesome against Marvel’s over-sized combatants. HYPER BOMB’S FOR EVERYONE!


Capcom has been in the business of introducing gamers to new IP’s lately. The main heroine of Remember Me looks like an exciting fighter who’s memory wiping abilities play a part in battle. She’d sorta control like Jill Valentine, but just a wee bit faster and harder to deal with.


Anyone remember this guy? We never forgot about the demon conqueror and his line of action/adventure games. We’d prefer to play as his Onimusha 3: Demon Siege self, who looked cooler and wielded a bunch of uber powerful weaponry. Oni Mode as a level three? Yep!


If you’ve never played this wild Capcom beat ’em up, then you haven’t experience crazy just yet. Gene was the main protagonist of the game. Gene has an arsenal of attacks that would translate pretty well to a 2D fighting game.


Here’s one of Capcom’s newest characters that we actually like. Asura has an anger problem that never needs to be fixed, plus he expresses his upset nature by punching and kicking everything in sight. Asura belongs in a fighting game. PERIOD!


Batsu is the Ryu of the Rival Schools/Project Justice games. He’s the go-to good guy who can uppercut his opponents into next year. We had grand time putting him to work in Tatsunoko vs. Capcom, so he needs to make a return. Burning Batsu Level 3!


Dino Crisis put us in control of Miss Regina, a weapons expert who knew how to deal with dinosaurs. Imagine Chris Redfield, but with raptor assist super move’s. How cool does that sound, son?


This roster needs a relative Capcom unknown. We think an addition from the Breath of Fire series would be cool to see. Ryu and his dragon transformations would make for an interesting character in this fighting game. His wordplay is already nice, so he’s ready made for this game. 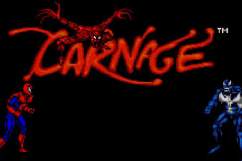