During the Xbox One press conference, a brand new IP was revealed to the viewing audience – Quantum Break. This new title looks to integrate the experience of playing a video game and having your decisions effect the on-screen drama of a TV show. Here’s five fast facts you need to know about this game, the developers behind it, and even more info.

1. The Trailer Was Shown

The initial trailer for the game was shown during the Xbox One press conference. This teaser video shows a young girl with her parents. The little girl apparently has the ability to see into the future, as images of destruction come up on the screen when the little girl places her hand on her mother’s hand. The final scene displays scenes of an apparent indoor shootout inside of an office building lobby.

2. Remedy Entertainment Is Developing It

Remedy Entertainment is the development team behind this Xbox One IP. Remedy is most notable for crafting these well known games:

3. The Game Will Merge A TV Show with the Game

The press release for the Xbox One event offers some clues as to what the game experience will entail:

4. The Screenshots Make The Game Appear as A Third-Person Shooter

The screenshots shown for the game seem to point to a third-person shooter. It’s hard to see the connection between the little girl’s future premonitions and the gun battles taking place in the pictures releases thus far. Here’s a pic of the game’s official box art (can you spot any more clues on what the game could possibly be about?:

5. Remedy Entertainment Has Been Hiring New Developers in Preparation for this Game

Remedy Entertainment has been working hard to deliver next-gen video game experiences for a while now. Back in March 2012, Gamespot reported that the development company was looking to hire new recruits for next-gen game development:

Alan Wake developer Remedy Entertainment is gearing up to work on a next-generation title. The jobs page on the developer’s website states the studio is planning to add staffers to work on an unannounced game “targeted at future generation consoles.” The listing further states that more than 20 new jobs will become available in the coming months at the Espoo, Finland-based developer, with the first wave opening up as soon as next Friday, March 30. 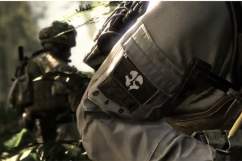