Sony pulled a slick move in the console arms race by posting a teaser trailer of the PS4 console, which comes one day ahead of the Microsoft’s press conference for the next Xbox console. Well played, Sony. Well played. Here’s what you need to know about this latest PR move by Sony for the PS4.

The official teaser trailer seen above offers several blurry images of the final PS4 console design. All of the displayed images are really hard to clarify. From what we observed (after watching this video a dozen or so times), all we could see is a fuzzy black box that’s presumably the PS4. Watch the trailer and see for yourself. Luckily, the team at VideoGamerTV posted up a “non-blurry” rendition of the video, which can be seen below:

Sony will not only release more details about its next console, but it will also reveal the final design at this year’s E3 event. The Sony press conference is scheduled for June 10, 2013 at 6 p.m. PST/9 p.m. EST.

3. The Trailer Comes A Day Before the Next Xbox Reveal

Sony seemed to plan the unveiling of this teaser trailer perfectly. This trailer comes just a day before Microsoft’s “Xbox: A New Generation Revealed” press conference. Sony and Microsoft are surely going to butt heads when it comes to their respective next-gen gaming machines, so this latest PR move by Sony comes as no surprise.

4. Sony Decided Not to Show the Final PS4 Design at Their Big Press Event

At the Sony Meeting 2013, the actual console itself wasn’t even displayed to the world. Polygon spoke to Shuhei Yoshida, president of Worldwide Studios at Sony Computer Entertainment and he spoke about why this move was made by his company:

5. The President of Sony’s Worldwide Studios Made Light of The Console’s No Show

While speaking with Kotaku, Shuhei Yoshida provided a pretty funny and blunt comment about people questioning the PS4’s physical no show. He also gave some information behind the controller’s unveiling:

Why do you care? As far as the DualShock 4 is concerned we wanted to do the live demo. And we were like, yeah, we have to show the controller, because it’s awkward not to show the controller when someone is doing a demo. And also the feature that the DualShock 4 has, the share button, is a very key idea behind the design of the PS4… We really wanted to explain what we’ve done with the DualShock 4, but as far as the system itself we have to keep something new for later. Otherwise you’d get bored. 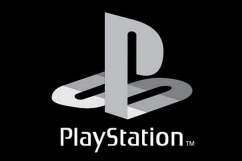