For many, the summer is the perfect time to hit the beach, relax and just generally partake in leisure. Video games being one of the primary forms of relaxation for many, the summer is a perfect time to take a load off and play some brand new summer video game releases. Whether you’re looking for an action blockbuster, a mind boggling strategy game or a niche Japanese title, this summer has plenty of offerings for all types of gamers.

Here’s a list of the top ten games that are releasing between June and August. There’s certainty a game or two in here for everyone, and this summer is the perfect time to get some life out of your consoles before the next generation hits.

When THQ went bankrupt earlier this year, many of its IP’s hung in the balance of an open auction. Luckily, SEGA picked up Relic Entertainment, who developed the original Company of Heroes. SEGA quickly fast tracked the sequel into development, and the game is set to release in North America and Europe on June 25th.

The sequel to the acclaimed World War II real time strategy franchise is set to focus on the Eastern Front. As was the case in the real Eastern Front during World War II, weather will play a major factor, with movement and action penalties applied on players’ units, particularly when there’s a blizzard. Expect nuanced gameplay, innovative strategy, and a campaign that focuses heavily on the Russian experience during World War II.

The latest IP from acclaimed Sony developer Naughty Dog, The Last of US follows the adventures of Joel and Ellie as they trek across a post-apocalyptic United States. Fighting off the Infected, the player takes control of Joel, battling their way through horrible situations, using guns, ammo, Molotov cocktails and whatever else you’re able to scrounge up in the heat of conflict.

A PS3 exclusive, the game has received rave reviews so far, and seems like it may be the beginning of a new IP, as well as a possible contender for the 2013 Game of the Year. If you’re a PS3 owner, this is probably one that you’ll want to pick up, as it already released on June 14th.

Originally planned as a Wii U launch title, Pikmin 3 was delayed due to a lengthy development cycle. The game continues the Pikmin franchise and features new protagonists Charlie, Brittany and Alph. Being the third title in the series, Pikmin 3 now allows the player to switch between the three characters, allowing them to control three groups of Pikmin at once. Additionally, there are two new Pikmin types being introduced to the mix: grey rock Pikmin, which are used to smash through tougher barriers, and flying pink winged Pikmin which attack airborne enemies and carry items through the air.

Additionally, Pikmin shorts for the Nintendo 3DS will be released before the game comes out. Pikmin 3 will be out August 4th in North America, July 13th in Japan, July 26th in Europe.

A JRPG developed by Namco Bandai, Tales of Xillia is a PS3 exclusive that has had heavy demand in the Western market for some time. The game follows Jude Mathis and Milla Maxwell as they make discoveries that put the fate of the world in their hands.

The game has received extensive critical and commercial praise in Japan, and will be making its way to North America on August 6th and Europe on August 9th, making it a must-by for any JRPG fans out there.

After the critical and commercial failure of Lost Planet 2, it was unclear if Capcom had any further plans with the IP. However, Capcom decided to give it another go with the release of Lost Planet 3, which serves as a prequel to the franchise. The game moves back to the iconic tundra environment of the original Lost Planet and aims to take a more narrative-driven approach to its campaign.

Lost Planet 3 was created by Call of Duty: Finest Hour developer Spark Unlimited, a trend by Japanese publishers such as Capcom to turn to Western studios to development rather than create games internally. The game releases on August 27th in North America, August 29th in Japan, and August 30th in Europe.

Another IP that THQ sold off at auction, the Saints Row franchise was purchased by publisher Deep Silver, who upon purchasing the rights to the franchise, brought a sequel into development as soon as possible. Far from a Grand Theft Auto clone, Saints Row IV has the Third Street Saints gang fighting against an intergalactic threat after the leader of the gang is elected President of the United States.

Expect much more ridiculousness and over-the top wackiness when the game is released on August 20th in North America and August 23rd in Europe.

Written by former Deadpool comic book writer Daniel Way in association with High Moon Studios, Deadpool follows the adventures of titular character Deadpool, the infamous ‘Merc with the Mouth.’ The player controls Deadpool as he hacks, shoots and breaks the fourth wall, all while attempting to stop Mister Sinister from collecting mutant DNA from the ruins of Genosha.

Expect appearances from Domino, Wolverine (voiced by the prolific John DiMaggio), Cable, Death, Rogue, Red Hulk, and Mister Sinister himself. The game will release for Xbox 360 and PS3 on June 25th.

The latest entry in Ubisoft’s Splinter Cell franchise, Splinter Cell: Blacklist continues to the journey of super spy Sam Fisher, who recently came back into the fold of the US government after an extended absence. Blacklist also introduces a new gameplay mechanic called Killing in Motion, which allows the player to take out targets in quick and rapid succession.

Sam Fisher’s latest outing will release for both the Xbox 360 and PS3 on August 20th in North America and August 23rd in Europe.

As the title suggest, Nintendo’s Animal Crossing franchise is turning over a new leaf with the release of Animal Crossing: New Leaf. Instead of merely being a resident of the town, the player named character is mistaken for the mayor of the town, and is tasked with running the day-to-day affairs of the area. Customization and gameplay options have been majorly expanded, and the franchise has been taken in a bold new direction.

The game has been out in Japan sometime, but recently hit Nintendo 3DS shelves on June 9th in North America, and will be releasing on June 14th in Europe.

The latest sci-fi title from Capcom, Remember Me is a beat ’em up that revolves around the loss of memory in a futuristic setting. With an interesting and unusual video game presence, Remember Me has released to rave reviews, with much praise given for the world building and design and scope and ambition of the plot.

If you’re itching for some sci-fi action, the game recently released on June 3rd in North America, and is available for Xbox 360, PS3 and PC. 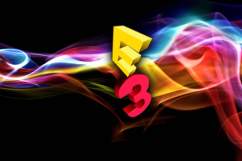