Not only did I get to experience Microsoft’s next-gen console (the Xbox One), I also got to experience Sony’s PlayStation 4. The system was on full display for every interested passerby to see, plus there were plenty of TV’s displaying all the game trailers everyone needed to see. Sony’s SDCC 2013 presence was strong with all types of upcoming titles for the PS3 and PS Vita, but I made sure to zero in on the PS4.

I came away with a few impressions of the console, the controller and the one PS4 game that was featured – Knack.

The console is noticeably larger than the slim PS3 model that’s currently on the market. The box design and diagonal corners of the physical architecture are two features that jumped out at me immediately. The edges of the system make the console look a lot bigger than it really is, plus those same edges could present a problem for gamers with a unique living room setup.

The PS4 has that nicely furnished glossy look I love so much, which makes it stand out behind a glass case (Sony had the right idea for its SDCC 2013 display). I didn’t get the chance to listen in on the system as it was powered on, but something tells me it will be just as silent as its rival counterpart. The overall look of the PS4 is pretty nifty, if you ask me.

As a huge fan of the PS3’s DualShock 3 controller, I was more than excited to take the DualShock 4 for a quick spin. It feels much heavier, the touch pad can be clicked in, the analog sticks are spaced out better and the D-Pad is a bit more outward. I didn’t pay much attention to the light bar above the controller, which I think may be an ignored feature if no games utilize it in a fresh way.

I love the controller, since it feels easier to wield than the slippery PS3’s controller. The DualShock 4 will rest a lot easier in gamers’ hands thanks to the longer grips. Sony went to the drawing board with the DualShock 3 in mind and clearly listened to costumer plaints because the DualShock 4 is a way more improved.

Sadly, only one PS4 title was up for demo play at Sony’s PlayStation booth – Knack. This action-platformer relies a lot more on the action portion than the platforming. Knack’s titular hero has access to three-hit combos, jumping attacks and flashy special moves. The Shockwave attack not only did massive damage to any nearby goblins, it also played a huge part in showing off the game’s particle effects.

Accumulating more mass and objects onto the main character means there’s more attack modes to discover and puzzle specific locations to unlock. I kept getting a Katamari Damacy vibe from the whole “ammass more objects to get larger” mechanic in Knack, too.

I had tons of fun smacking around nameless goblins in the city and the ice cave sections. Knack has a knack (heh) for changing for several forms that give him a better chance at surviving the goblin hordes. The game feels like a mash-up between Jak & Daxter and God of War (how awesome does that sound?). Most of the fun for this title comes from the many ways you can smash foes, absorb elements and hop and bop your way to victory.

This PS4 launch title might not be what most gamers are looking for, but it may end up being the dark horse contender for the PS4 game that you’ll play the most this Fall. 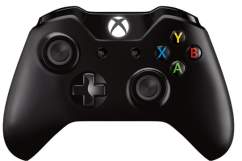