The first speed MOBA (Massive online battle arena) game of its kind, Solstice Arena has been gaining significant traction since its launch on June 14th. With an initial roster of twelve (now thirteen) distinctive characters, Solstice Arena takes the MOBA formula of DoTA and League of Legends and distills it to a ten to fifteen minute bite-size match. Rather than the typical fare of DoTa and League of Legends of 5v5 minion killing and leveling up, Solstice Arena devised a system unique to the MOBA genre, maintaing the complexity and strategy of the game type while taking away much of the frustration and anxiety of playing an extended match.

While simple on the surface, Solstice Arena is far from a dumbed-down MOBA experience. In fact, General Manager of the game, Frederic Descamps described it as “The NBA Jam of MOBA’s” in the best possible way.

Because Solstice Arena doesn’t feature the traditional level up of other MOBA titles, many players feel as though they are completely justified in just charging in full-on and immediately fighting over the iconic chest in the middle of the map.

That’s a pretty easy way to lose if you’re less competent than your opponents, especially if you aren’t powered up. Each base features a handful of different orbs, which should be collected and ideally distributed by character strength. The orbs come in larger forms, which need to be absorbed (this takes a few seconds and cannot be done while in combat) and give you character a +10 to an attribute, or smaller pick up forms, which give your character a +3 attribute but only need to be walked over to pick up.

In total, there are five type of attributes that can be picked up, which correspondent with character type. Purple orbs (or void) increase attack speed, blue orbs (or moon) increase movement speed and support, yellow orbs (or sun) decrease ability cooldown rates, green orbs (or earth), increase basic attack damage, and brown orbs (or iron) increase maximum health and armor.

Additionally, characters can pick up temporary bonuses to basic attack damage, movement speed, ability damage and defense, as well as extraneous gold. To play the game efficiently, characters should be picking up power ups that correspond (or even don’t) to their character’s strengths as often as possible. After all, this is a game of speed, and you need to be the fastest and strongest to win.

One of they keys to winning at any game is learning the mechanics of how to play, and Solstice Arena is no exception. When acquiring gold and equipping your character, you need to purchase items for six different slots, chest, feet, main hand, off hand, head, and neck. Each slot has three different choices (example: armor, vest or robe for chest) and three different upgradeable selections.

This really allows for a serious variation of character builds, as off items (such as a Sun item on an Earth-based character) can do wonders for a build. For example, Roland’s Warhammer is a hybrid item that is great in the hands of the character Bombast, as it gives him a stun and much-needed damage boost that makes him a viable brawler.

If you’re a fan of Theory craft, then this game will allow you to experiment wildly, as items just make your characters passively stronger as opposed to requiring active abilities like other MOBA’s.

This may be obvious advice, but it happens all too often. Characters rush in and ‘feed’ (basically commit suicide in a 3vs1 brawl), giving the opposing team extra gold to spend on item, and forcing the other two members of the team to rush in and save them. Do us all a favor and try not to be that guy/girl.

By rushing in with a false sense of bravado, all you do is give the upper hand to the opposing team Rather, hang back and coordinate a timed strike with your team, catching the opposing team when they’re off guard and most likely to crumble. Do this, and you’ll gain the momentum needed to do some serious damage with an opening rush.

4. Play A Variety of Characters

Knowing how the moveset of each character is so essential, and very doable given the small roster, that I’d recommend trying to play each hero at least once during the time that they are listed as free to play. 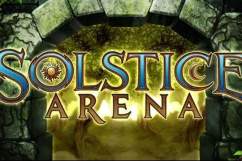 Playing off the last tip, experiencing the entire roster will likely give you a sense of what types of characters you’d like to play. You may lose some matches at first, but don’t be discouraged. Once you figure out if you prefer Assassin, Fighter, Caster, Support or Tank class, you will start to dominate the battlefield and figure out how best to work within the dynamic of your team.

Remember, kills are nice, but fulfilling a role within a team is a lot more rewarding.

Speaking of teams, you will likely have a lot more success if you find a team that you can work well with. Sometimes, this will happen randomly, and you’ll just click with a fellow randomly assigned teammate. If so, stick with them when you can. Make an effort to reach out to the players that you connect with in battle. Send them a friend request and keep that connection. And if you play with them when you can, you’ll have great success on the battlefield.

Because mobile gaming devices (phones and tablets) don’t have built in keyboards, Solstice Arena unsurprisingly does not have a traditional chat function. Instead, players use an alert system to let their teammates know when situations arise on the battlefield. However, most players end up not using the alert system at all, and it definitely helps, as you can’t ever see everything that is going on at all corners of the map.

On the other end of things, don’t over spam the alerts. Just like a nagging mother, no one likes when someone is trying to tell them to do ten things at once. Also, it will confuse your teammates. Learn how to navigate the alert system, and like a great general, you can command your team to victory.

This should be a no brainer, but to often characters will continue to give chase despite their weakened state. Don’t get caught in a trap by chasing down a bloodied opponent, just to get ambushed by a fully healed team that was waiting for your inevitable stupidity. Instead, make like an intelligent person, go back to base and heal.

I promise, you won’t regret losing out on the possibility a kill instead of dying for the seventh time.

9. Coordinate, But Don’t Over Commit

Being careful is a key component of any MOBA, and the speediness of Solstice Arena makes carefulness and subtlety all the more key to any battlefield engagement. Now that you (hopefully) have heeded the advice of not charging in at the beginning of a match and finding a good team, you’ll be able to coordinate a great time to strike and do maximum damage, particularly when the opposing team is separated from helping each other.

On the other side of things, don’t over commit yourself to any battle. If things go south, have an exit strategy. It’s not worth dying for another teammate if you’re just going to go and get yourself killed as well. Haven’t you read Sun Tzu’s The Art of War?

Armies need moneys to win wars, son, and matches of Solstice Arena are no exception. Grab the chests and miscellaneous gold as often as possible. In this case, helping yourself helps others, and the chest in the middle of the map makes a great place to launch any sort of coordinated attack.

Follow this guide, and you might just find yourself more successful in any game of Solstice Arena, no matter who you’re up against. 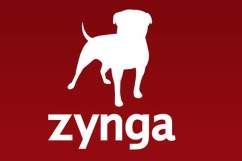