Famous rappers. Politicians. The guy next door who’s always leaving his house at 2 in the morning…in a hooded get-up with an all-eye seeing chain around his neck. If everything we hear and see is to be believed, then all those examples have ties to the *gasp* ILLUMINATI!

Another major part of pop culture has now been revealed for its symbolism of the so-called secret society – Grand Theft Auto 5. Videos and pictures of the Illuminati symbols in the game have been trending as of late, plus gamers have offered their opinions on the symbols’ in-game message.

Watch the videos below and see for yourself:

Is GTA 5 trying to tell us something? Share it!

A couple of gamers on Twitter have already shared their thoughts on this controversial bit of content that’s present in GTA 5:

GTA5 has just officially creeped me out! Not sure if I should've noticed it! #Illuminati

GTA V has reference the illuminati so many times.

illuminati symbols and hints was found in gta 5. pic.twitter.com/f3alIPPKxo

I Already See An Illuminati Subliminal Message In Gta 5 pic.twitter.com/oUNS4Di4S4

Is there anything to these symbols that we should be investigating more? Or should we just applaud Rockstar for including clever easter egg’s in another one of their games? 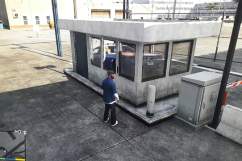