Here are the top 10 tips/tricks/cheats you need to know for Star Wars: Commander! 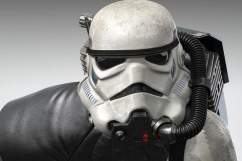 1. Take Advantage of Your 1st Few Days of Immunity Against Player Attacks

• When you first step into Star Wars: Commander, you’ll notice that there’s a live player vs. player aspect of the game. Since you won’t have the troops or resources needed to attack/defend yourself, the game gives you a couple days of immunity. Use this protective time period to become more familiar with the single-player aspects of the game.

• Note that once you attack someone during your immunity period, that will immediately remove your timed protection. And if you’re willing to purchase some timed protection, you should always cop the 1-week protection boost.

2. The Empire Troops May Be Weaker, But They Have Access to Extra Unit Transports

• When choosing which side to play as (the Empire or the Rebels), note that you’ll have access to the same infantry types with different looks of course. You’ll get to train and employ the aid of heavy machine gunners, rocket launcher equipped soldiers, snipers and more.

• Note that the Rebels are the stronger of the sides you’ll get to choose from. Even though the Empire is a bit weaker, they have access to extra unit transports.

3. Focus on Upgrading Your Research Facility As Much as Possible

• One of the buildings you need to focus your upgrading efforts on is your Research Facility. A strong Research Facility leads to your troops (leveled up and all) getting even stronger. For example, training stormstroopers within your Barracks and then researching them will make them super reliable.

4. Build Up A Healthy Amount of Barracks

• Your Barracks are needed in order to train your troops. Build up a lot of Barracks and make them a top priority on your list of building to upgrade the most. Doing this will result in your troops getting through training much faster and also the larger number of troops you can train at a time.

5. The Best Methods Towards Utilizing Your Starship Command Airstrikes

WriterParty.com advised players on how to properly utilize their Starship Command airstrikes once they unlock them:

• Once you unlock the starship command, you will be able to use airstrikes for even faster and greater amounts of damage. Your best bet with the airstrikes is to you either take out the guns or take out resource buildings. Or, if you are really trying hard to go for metals, unleash your air stripes on the enemy headquarters first so that it is very easy to take out.