Here are the top 10 tips/tricks/cheats you need to know for World of Warriors!

1. Tap on Your Opponent’s to Get a Leg Up During Battle

• Tapping on the pictures of your opponent’s team before you enter battle allows you to see their stats, skills and special moves. Take note of these details to help strategize which enemy you want to take out first!

2. Take Heed of Who You Put Into the Leader Position

• Read the fine print! When looking at each of your warriors’ stats, you’ll find a line under their picture describing how they’ll benefit their team if put into the leader position. Choose wisely! The same three teammates can get very different results depending on who is placed into that first slot.

3. Utilize and Beware of Special Moves That Target the Entire Party

• Watch out! Some special moves can cause damage not only to the fighter on the field, but to the entire team! This can be great when the warrior’s on your side, but beware of the extra damage they can cause when coming from your opponent.

4. Make Good Use of All Special Moves, Offensive or Defensive

• Don’t count out a warrior whose special move doesn’t inflict damage to enemies. Some warriors have the ability to restore health or provide boosts to their team members, and that can make the difference between winning and losing!

• Pay attention to the colors assigned to each of your warriors, their opponents, and the color wheel at the top of the battle screen. This determines how strong or weak your warriors are against the other elements. Even when a warrior has a great special move, it’s often the elements that will cause the most damage! 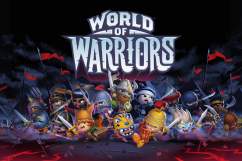 ‘World of Warriors’: Top 5 Most Popular Characters Ready Made for Arena Mode

6. Take on Plenty of Side Missions!

• Having a tough time defeating your enemies in the main mission? Side missions appear on the map with three different difficulty levels to choose from. These missions sometimes offer double XP and many have hidden treasure chests with mystery prizes. This can be great for gaining XP and other rewards to help strengthen your warriors before heading back to the main mission.

7. Keep Training Your Warriors at Kirk’s Camp as Much as Possible

• Training your warrior is key to keeping your whole team in top shape. Be sure to take them to train at Kirk’s Camp when they’ve garnered enough XP. Doing this allows your warrior to level up, making them even stronger in battle.

• Some of the materials required for crafting are rare and only found at certain places on the map, including the Tower of Trials and the Portal, so keep an eye out and revisit certain places or fight some of the side mission battles around those locations if you’re looking for that hard-to-find ingredient.

9. Head into the Portal on a Daily Basis

• The Portal is a mysterious area you can visit to take part in different battles. The rewards will change on a daily basis and while each day delivers an essential material, winning a battle on Sunday rewards players with XP that can be used to upgrade any warriors of your choice much faster.

10. And Compete in the Tower of Trials on a Regular Basis, Too!

• Head over to the Tower of Trials to fight your way, floor after floor, to the very top to receive special rewards. Collect enough points over the course of a week and you could win great prizes, including those sought-after Wildstones! 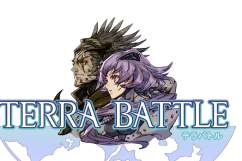