Our new lineup of mobile strategy games is our most varied collection yet. We have a traditional mythical release here that focuses on powerful Gods. We have a zoo simulator that allows you to parade your dinosaurs to incoming residents. Plus we have a strategy title that focuses on steampunk weaponry and gadgets. Our list of brand new strategy games should fit the criteria for all types strategy mobile-minded gamers. These are our five favorite picks for the month of June 2015.

Infinite Myths 2: Soul Lords will undoubtedly get comparisons to Hearthstone. You’re progress through this game’s mystical world focuses on tough card battles. The beautiful art design brings out the finest of details in over a hundred playable cards. Gather you best, adopt the famous of mythical Gods and Goddesses then immerse yourself in the toughest of battles. There’s tons of worlds to conquer as you gather an army of outstanding warriors and put your tactical expertise to the test.

With the release of Jurassic World (which happens to be cleaning up house at movie theaters right now), mobile games devoted to the very idea of running your own dino park are popping up. One of those titles is Jurassic Island: Dinosaur Zoo. Your personal safe haven of dinosaurs comes with all the challenges associated with running a zoo – putting exhibits in the right place, keeping your park residents pleased and birthing all types of dinosaurs. It’s up to you to create your own version of Jurassic Park and be a mega success.

Steampunk Defense should be familiar to fans of the latest 3DS 1st-party title, Code Name STEAM. The overall design of this mobile title adopts the steampunk aesthetic for its weaponry and settlements. The maps are wide enough to feature a huge army of soldiers and fortifications during huge battles. Your units all come with their own array of cool weapons, which are needed to supplement your supporting troops. Your epic battles transpire in tropical, desert and jungle locations, so there’s a lot to see and blow up.

4. Final Fantasy Tactics: The War of the Lions

The world of Final Fantasy adopted the best elements of strategy RPG’s and became a favorite deviation from the usual formula. This incredible title first hit the PlayStation in 1997 and now its been faithfully ported over to Android devices in 2015. Alongside the great gameplay series vets are already accustomed to, the loading times have been shortened to get you back into the action faster. Test your mettle against all manners of enemies and make sure to raise up your own party of class-based warriors. The War of the Lions’ outcome depends on you!

Our final strategy selection on this list is an odd one. You take on the role of everyone’s drag queen Kitty Powers as you play the matchmaking game. Tons of differing personalities need your coaching skills so they’ll get lucky with the man or woman of their dreams. You’ll travel to restaurants and other types of cute date venues all the while. There’s always some funny mishaps during dates (Uh-oh! It’s the EX!), so be ready for anything and everything. You’ll have to be aware of it in the pursuit of finding others find love. 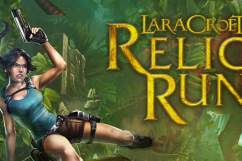