Microsoft’s Xbox team has done a great job when it comes to constantly updating its latest console interface. Ever since the Xbox One’s 2013 launch, this all-in-one entertainment system has been upgraded to meet the demands of its many owners.

On November 12, 2015, the Xbox One will be receiving its most important system overhaul. Dubbed “The New Xbox One Experience,” console owners will be introduced to a complete visual and mechanical enhancement. With this new user interface comes a new guide, faster access to several features, backwards compatibility for Xbox 360 games and so much more.

Here’s a complete overview of the best new features coming along with The New Xbox One Experience.

1. The New Home User Interface Lets You Perform Any Action a Lot Faster Than Before

As soon as you boot up your Xbox One on November 12, you’ll be treated to a brand new look for your Home menu. Microsoft devs have done a great job at making sure The New Xbox Experience helps gamers hop into games and more content much faster than before. Moving in between your content is now handled vertically instead of horizontally, plus all it takes is one button press to access Game Hubs.

On the social content and engagement front, you can always see if your online friends are playing any of the games you’ve been playing recently. One of the cooler actions you can perform with this new Home menu is jumping straight to your games and apps just by tapping the RT button. And then you can hop right back up to the top of the Home menu by pressing the LT button.

2. A New, More Accessible Guide Will Come With This New Update

Just by double tapping the Xbox button on your controller, you’ll gain immediate access to the new Guide. Three main options are contained within this new hub menu – Notifications, Friends, and Messages. Notifications allows players to get all the details they need to know about their online friends’ activities, party invites, received/sent messages and achievements. Friends gives you a look into who’s signed in, what they’re playing right now and it also allows you to quickly create or join party sessions. And lastly, the Message portion of this new Guide lets you use voice commands to create one without ever leaving your current game.

3. Game Hubs Are Now a Part of The New Xbox One Experience

Game Hubs can now be accessed directly from the Home page just by checking out the last game you played. This area of The New Xbox One Experience lets you check up on any updates for your favorite games, get direct news from the game’s developers, see which titles your friends are playing and compare your stats with them. When it comes to stats, you’ll be able to see just how impressive you are when your compare your Gamerscore, achievements and specific game accomplishments with everyone on your friends list. 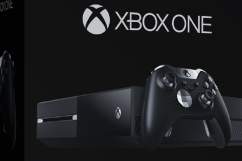 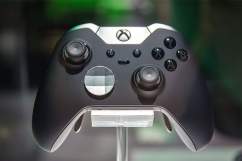 4. Some of The Other New Upgrades Coming With This Update Pertain to The Community, Store and OneGuide Areas

The Community hub area lets you interact with the Xbox Live community with much more improved methods. You’ll get to check out any social posts posted by the overall community and you have the ability to post some status updates of your own. You can like, comment and share your gameplay highlight videos with friends. You’ll also be able to see official Xbox YouTube video previews, what’s being streamed on Twitch and so much more within the Community area. And finally, the Avatars that were introduced on Xbox 360 are back and can be customized to your heart’s pleasure once again.

The new Store has been simplified into four main divisions – Games, Apps, Movies & TV and Music. By vertically scrolling through each area, you’ll come upon new categories as well – Staff Picks, New Releases, Top Played, Top Rated, Coming Soon and Recommendations. You’ll have a much simpler time getting to the content you really want with these modifications made to the online Store.

The new OneGuide now acts as everyone’s main destination for everything related to live TV viewing and video apps. You’ll get to see what’s currently trending on live TV, surf through your TV channel listings, browse other types of content without having to exit your current show and check out the new App channels. App channels lets you check in with the latest films, TV shows and videos within the apps you truly care about.

5. Backward Compatibility Will Launch on The Xbox One at The Same Time as The New Xbox One Experience

The most important feature that will come along with The New Xbox One Experience is backward compatibility. There are currently 104 Xbox 360 games that can be played right through your Xbox One. The titles that will be ready for backward compatibility on November 12th ranges from AAA game releases from last-gen to smaller downloadable titles. Publishers such as Sega, 2K Games, Ubisoft and even Microsoft Studios have made games from their back catalog available for this new feature.

You can check out both videos posted above to get even more info on just how Xbox One backward compatibility works. Hit up the link below to see the full array of Xbox 360 titles that have been announced thus far. 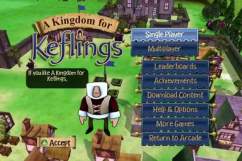