Action, action, action…and more action. That key word drives us to get our blood pumping by experiencing it through several mediums.

One of those genres of entertainment is video games. We’re gonna focus specifically on the sub-genre of mobile games. The Google Play storefront was packed with a host of great action-themed titles in March 2016. One of those games places you in a world that’s ravaged by massive monsters (controlled by you), while another one makes you dig through the Earth to find any goods to sell. We have a couple more action games to show you besides those two standout releases.

So check out the top five best new Android action games of March 2016.

Ever play Rampage? If you have, then Smashy City’s concept should instantly be familiar to you. What makes this mobile city smasher all the more better is its clever use of the blocky visuals seen in Smashy Road. There’s so much to see and destroy here – tanks, helicopters, buildings etc. Your path of destruction can be done with a variety of towering monsters – a gigantic ape, a massive wolf, a mega spider, a huge…bunny? Smashy City has ’em all! Enabling Rampage mode makes this game even more of a guilty pleasure. Feed into your destructive desires and enjoy Smashy City’s brand of big creatures and even bigger wrecking.

Console gamers have already gotten a chance to experience the LEGO-fied rendition of every Jurassic Park film. Now mobile gamers finally have the opportunity to hop into the same action. LEGO Jurassic World features the tried and true elements that fans have come to adore – humorous takes on big franchise moments, plenty of unlockable characters, fun puzzles to solve and lots of LEGO studs to collect. Not only can you play as the humans, you can also step into the role of those prehistoric dinosaurs and wreak some true havoc. The islands of Isla Nublar and Isla Sorna are ripe for exploring, so have at it!

3. I Dig It Remastered

I Dig It has gotten a new lease on life with this remastered edition for Android devices. As a lil’ ol’ farmer known as Lewis, you’ll dig underground, search for goods so you can sell ’em and raise up enough money to dig yourself out of a financial hole. The main game’s campaign mode challenges you to grab as many unique items as possible so you can finally pay the mortgage on your cherished farm. Besides trying to keep your farm intact, you can also hop into four separate mini-games. This is Dig Dug with something more at stake. Maintain your digging machine, improve it for the better and find everything you need to stay above ground.

Little Gunfight 2: SWAT can be explained simply in gaming franchise terms – imagine if Worms got mashed up with Super Smash Bros. This addictive platformer/shooter lets you wield more than 30 types of weapons and challenges you to wipe out your onstage foes. You’ll have to fight hard to maintain the top position as you dodge bullets and blast any other cute lil’ soldiers. Keep in mind that you have to worry a host of elements that play a part in your success or failure – gun recoil, physics effects, weather effects etc. This hardcore mobile shooter has a huge online community, so head into battle and blow apart everyone else.

The annual Running of the Bulls tour is always a fun trainwreck to watch on TV and in person. It’s pretty dammed entertaining to witness a bunch of men run for their lives and try to avoid getting gored to death by some angry bulls. Ever wondered how awesome it felt to be a bull during that very moment? Angry Bull 2016 lets you fulfill that violent bull fantasy you’ve always wanted to fulfill. You’ll get to run through folks on the street and even destroy some matadors in a wide arena within a digital rendition of Pamplona, Spain. The visuals do a great job of bringing the madness of bull running to your small screen. Angry Bull 2016 is a masochist’s dream. 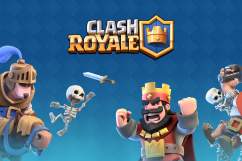