A lot of quality mobile games launched in March 2016.

These games we’re about to set you up with aren’t your run-of-the-mill match-three puzzlers and infinite runners. The Google Play storefront was blessed with a nice variety of titles that spans several gaming genres. We made sure to select the top five best free Android games that will come to you free of charge. Clash of Clans makes a return in card battler form, Marvel’s superheroes engage in another round of RPG action, a “fluffy” comedian debuts his 1st mobile game, Sega’s PC strategy series lands on mobile and the world of YO-KAI WATCH blends together with match-three puzzling.

Clash of Clans is fine by itself. But when you breathe new life into its tower defense formula with card-battler mechanics, it becomes even more of a treat. All the miniaturized troops you’ve come to know (and destroy) come in the form of usable cards. Your decks will help you defend your towers and allow you to take down any opposing ones. Competing in AI battles are awesome, but competing in the Arena for some PVP skirmishes are even more amazing. The game’s TV Royale feature gives you some great strategies to take into battle, so you’ll always have a killer trick up your sleeve. Clash Royale takes the Clash of Clans formula and improves it (which is something we didn’t even think was possible). 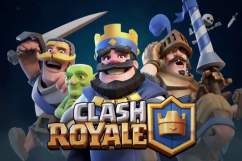 Sega’s Total War series has remained strong for a very long time. This mobile version is just as good as the PC entries that have made this franchise such a respectable one. If you’ve spent some time with these games, you know what you’re about to get into – build your own kingdom, expand its many elements in order to better its item production and command your armies during large scale battles. The gameplay here is as strong as its ever been, plus you can take your campaign onto PC’s thanks to cross-platform play. Total War Battles: Kingdom brings Sega’s brand of world building and PvP battling to mobile devices in a very big way.

Marvel Games’ slate of past and present titles are just getting better and better. One of their latest releases is perfect for hardcore RPG players and fans of the 1st entry in the Avengers Alliance series. Marvel: Avengers Alliance 2 gives hardcore comic nerds even more superheroes to attain and build 3-person teams with. Daredevil, Spider-Woman, The Avengers, Moon Knight etc. are just a few of the Marvel icons you can bring to your side. The fate of the universe is in your hands. Strengthen and customize your heroes, team up with other players and face them in tournaments and nab those much needed bonuses from Daily Operations. As you can tell, there’s so much to do in this superhero RPG. 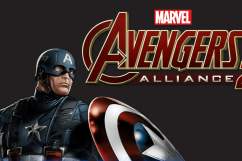 The “fluffiest” comedian on the planet has made his presence felt in an action-packed mobile game. That game is Timenauts, a beautifully stylized strategy RPG. The roster of playable characters are amazingly drawn, so you’ll have no problem finding a few that you love to watch tear it up in battle. Those battles will take you across time, which means you should be far from shocked when you end up in the Dark Ages or the Wild Wild West. Take care to utilize the right Time Vessel powers, amass your favorite Timenauts and rip all your enemies a new one. And remember – KEEP IT FLUFFY! 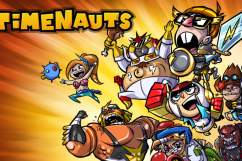 The collectable creatures from the world of YO-KAI WATCH are making their presence felt here in the US. It’s already turned into a popular brand for Japanese gamers and it’s starting to bubble even more in other territories. The series has already hit the 3DS and now it’s here on Android devices with a new match-three puzzler. YO-KAI WATCH Wibble Wobble gives you some delightful animated visuals to take in as you solve a wealth of ever changing puzzles. You’ll be able to befriend new Yo-Kai, use Soulmate Moves in order to vanquish your foes and complete an array of missions in order to gain the best awards possible. YO-KAI WATCH Wibble Wobble is an endearing mobile puzzler that’s full of charm. 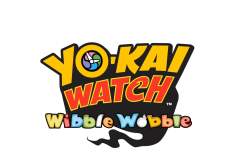 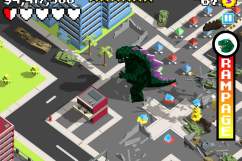