Pokemon Go is nothing short of a phenomenon, with the free-to-play mobile game attracting over 20 million daily active users within its first two weeks of release. The game has in particular earned plenty of buzz on social media, and Facebook and Twitter timelines have become heavily populated with Pokemon memes, tricks, and complaints over the servers.

Given that massive popularity, it’s natural that many celebrities are playing Pokemon Go as well. Dozens of famous individuals, from actors to singers and TV hosts, have taken to Twitter to share images from the game and brag about their latest successes just like the rest of us. As yes, they’re frustrated over the bugs, too.

Here are some of the biggest celebrities who are currently playing Pokemon Go. 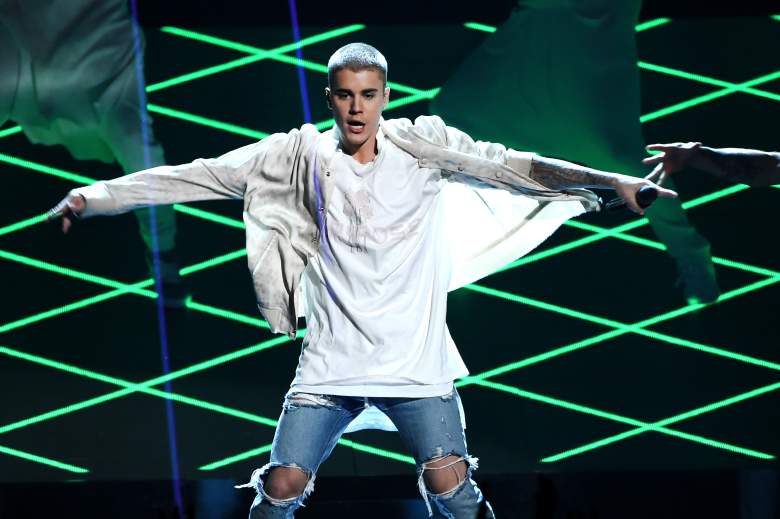 Pokemon Go players in New York were surprised recently when they came upon pop star Justin Bieber playing the game in Central Park. Bieber reportedly appeared in the area to catch a Garydos, just as hundreds of other players had.

However, because so many were focused on the game, only a few people in the area even noticed Bieber’s presence. As it turns out, playing Pokemon Go is a great way for Bieber to slip into the crowd, as no pop star is more important than catching a rare Pokemon in the wild.

Tonight Show host Jimmy Fallon is apparently a big fan of Pokemon Go, and he told a hilarious story about the game on a recent episode.

Fallon said that he used a lure item in order to draw Pokemon to his apartment. But he didn’t realize at the time that this item works for everyone playing the game in the area, and so using one will often draw many players to your location. Fallon says that he spoke to his neighbor the following day and discovered there were about 100 kids outside the apartment the previous night, all because he had deployed this item.

On his Twitter page, Fallon also expressed his frustration that his Pokedex is full of way too many Zubats.

I'll trade you ANYTHING for all of my Zubats. #TooManyZubats 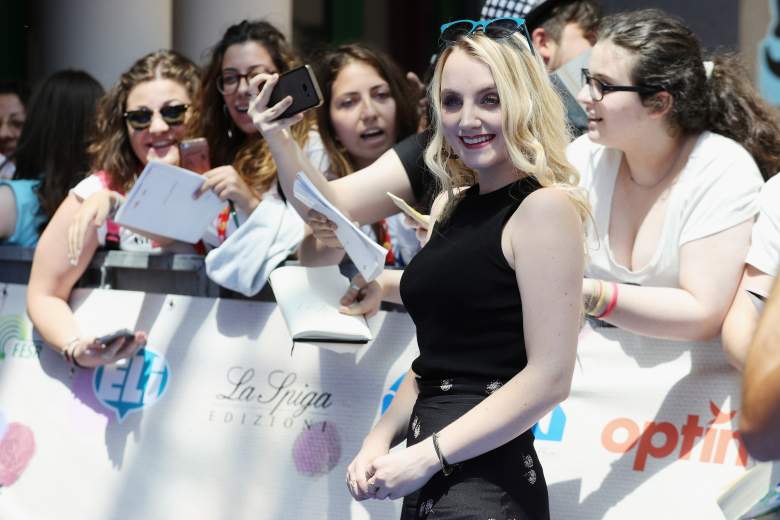 Evanna Lynch, the actress who portrayed Luna Lovegood in the Harry Potter film series, has made several Pokemon Go related tweets, both pondering what Professor Willow does with the Pokemon players transfer to him and noting that just about all of her recent text conversations are about the game.

But what exactly is Professor Oak doing with all these Pokemon I am transferring?? ? #shitvegansthinkabout #PokemonGo

TEARS OF JOY in my eyes because all of my latest texts conversations are with friends about which Pokemon we've caught today. #PokemonGo ? 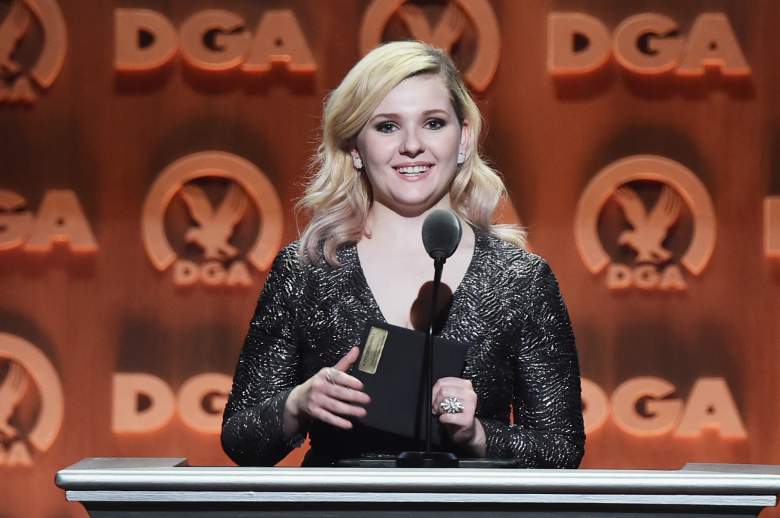 Another actress obsessed with the game is Abigail Breslin, known for movies like Zombieland and Little Miss Sunshine. She made an observation many Pokemon Go fans are feeling: she really wishes her house was a Poke Stop.

Poke Stops are real-world locations that players receive items from upon visiting, and so buildings and landmarks that are Poke Stops have become flooded with visitors over the past few weeks. They are generally places of business or tourist attractions, but some are lucky enough to have the game register their house as a stop. For them, it’s like being the only kid in town who has a pool during the summer.

I just want my house to be a pokestop so my friends will hang out with me again. 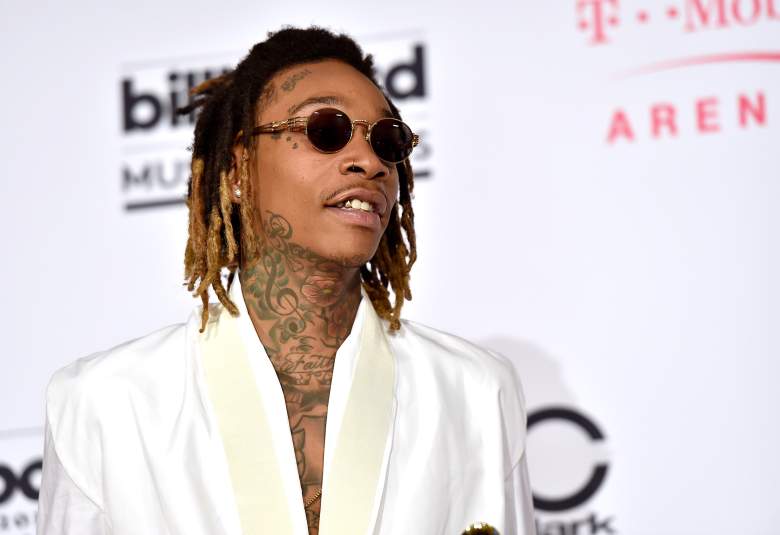 Wiz Khalifa appears in the press room during the 2016 Billboard Music Awards. (Getty)

Not only has rapper Wiz Khalifia been obsessed with Pokemon Go, but in one image he posted to his Twitter account, he jokingly speculated that a Clefairy was trying to take some of his weed.

I feel like there's Pokemon all around me and I just don't know it.

Had to look for a long time for this one.

Pokemon Go is apparently quite popular at Ellen DeGeneres’ home. The comedian and talk show host posted this image of herself and her wife, Portia de Rossi, on the beach with a Bulbasaur in the background. 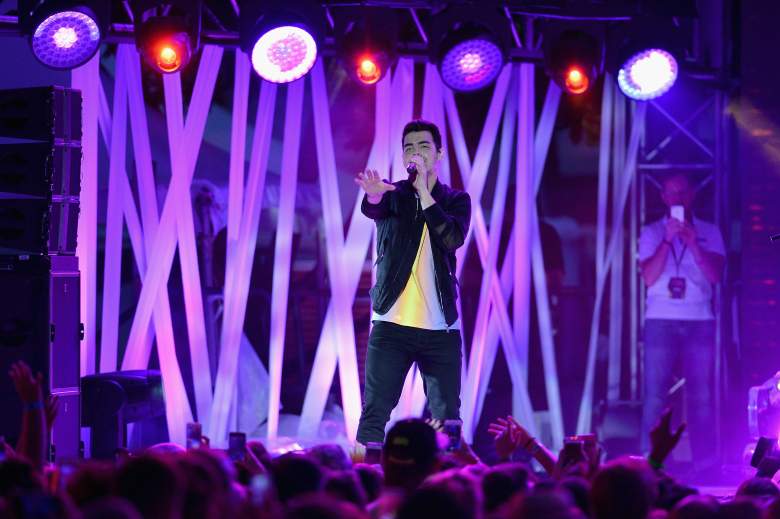 Joe, Nick and Kevin Jonas have all expressed their enthusiasm for Pokemon Go, with Joe in particular suggesting a road trip to Area 51 in an attempt to catch one of the game’s legendary Pokemon.

Rumor has it Mew2 is at Area 51… Road trip anyone? #PokemonGO 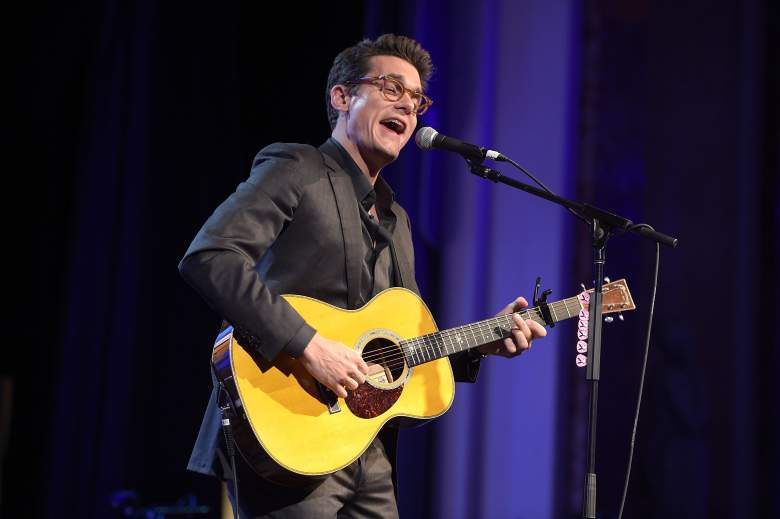 Being a wealthy celebrity must make Pokemon Go much easier, as sinking actual money into the game allows players to obtain special items. Singer-songwriter John Mayer posted a picture on Instagram of himself spending $100 on coins from the game’s shop, which can be used to buy Poke Balls, lure modules, and more. 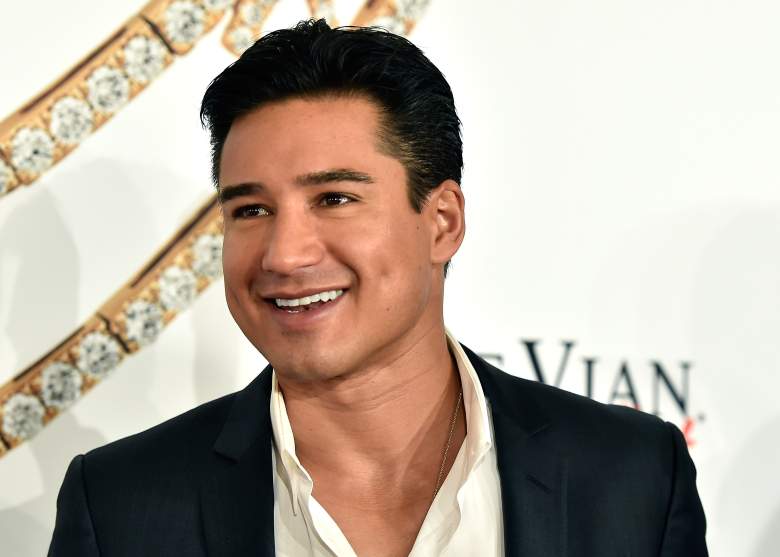 While on set, Extra host Mario Lopez made note of the fact that a Magikarp appeared right on his body.

He did later express astonishment, however, when two Pokemon Go players died while playing the game. 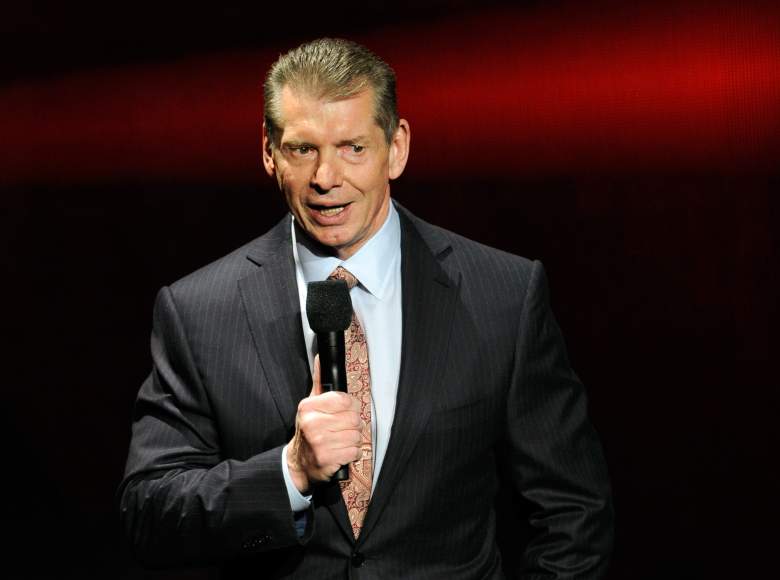 The WWE gym is evidently crawling with Pokemon, as the company’s CEO, Vince McMahon, posted this image of a Gastly in the weight room. It’s unclear which show McMahon will draft Gastly to.

I don’t care who you are … Get OUT of my weight room! #PokemonGO pic.twitter.com/JLaB71nSKV

On Live with Kelly, Savage said that he is absolutely obsessed with Pokemon Go, noting that he was recently out playing it until after midnight. He joked that he was so distracted by the game that he barely even noticed how late it was or that he had ended up in Central Park. 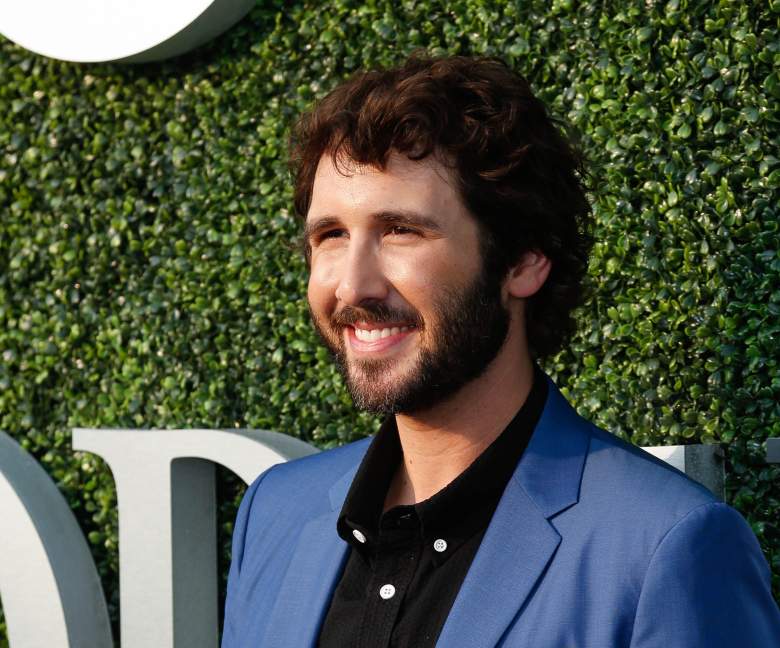 You aren’t the only one losing sleep because of your Pokemon Go obsession. So is Josh Grobon, the singer-songwriter.

In a reply to another tweet, Groban sarcastically said that only kids are playing the game, as if embarrassed to admit his love for it.

@BrandenLee1 Pokemon Go is something the kids are up to. Yep. Just kids. Definitely. 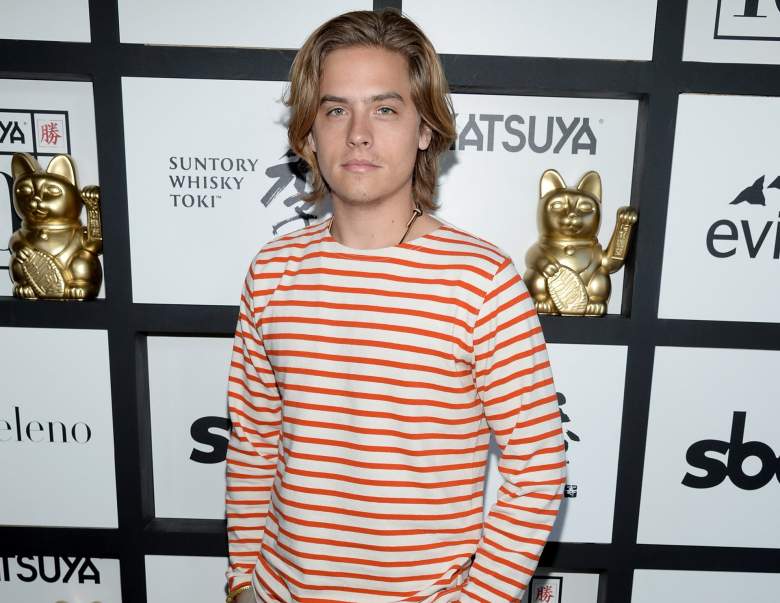 Suite Life of Zack and Cody star Dylan Sprouse is not only a fan of Pokemon Go, but he is apparently up to date on the controversies within the community. Sprouse weighed in on all the complaints about the game’s various server issues, saying that while he understands the frustration, he doesn’t know why people are surprised such a massively popular game is having trouble keeping up with the demand.

I sympathize with the server issues for Pokemon go but….what did you really expect??? This is one of the biggest series ever… 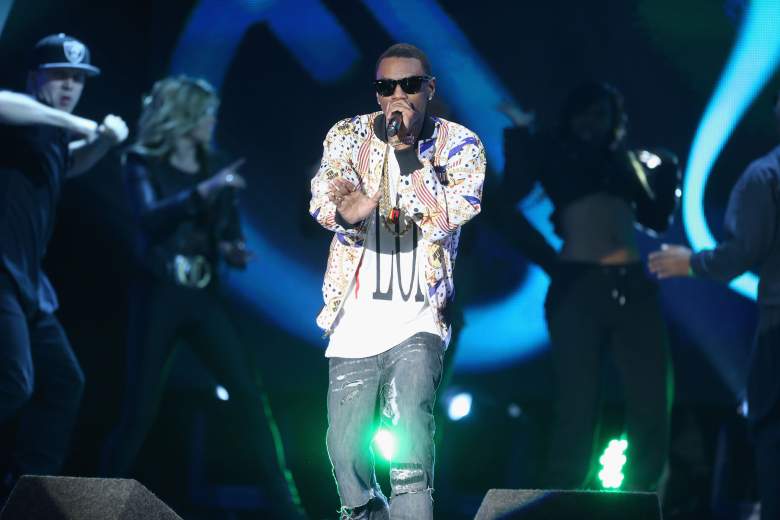 On his Instagram page, Soulja Boy captured a photo of Pickachu sitting on his watch.