For Pokemon Go fans, the hunt has not just involved trying to catch them all. Rather, gamers everywhere have been scouring the app day and night trying to uncover its secrets and Easter eggs.

This search ramped up after the game’s recent Comic-Con panel, during which Niantic CEO John Hanke confirmed that there are some Easter Eggs that nobody has found yet, according to ComicBook.com. A statement like that is guaranteed to pique everyone’s curiosity.

Even though the game has only been out for a few weeks, though, already a bunch of Easter eggs have been discovered, some of which are just for fun and some of which actually impact gameplay in a significant way. Here are all of the Easter eggs and secrets from Pokemon Go you need to know about. This list will be updated as more are discovered.

1. You Can Control Eevee’s Evolution

Eevee’s evolution can be controlled by renaming the Pokemon.

From the moment the game launched, Pokemon Go players were trying to figure out the secret behind Eevee, specifically if there’s any way to control what species it evolves into. Fans suspected there might be some sort of secret or Easter Egg here, and it turns out they were exactly right.

Fans discovered that you can control whether your Eevee evolves into Jolteon, Flareon or Vaporeon simply by changing its name before the evolution. Change it to Sparky for Jolteon, Pyro for Flareon and Rainer for Vaporeon. This is a reference to the three Eevee brothers from the Pokemon TV show. Please note, however, that this trick only works three times, once for each species.

It took players some time to figure out if this renaming was actually related to what Eevee evolved into, the John Hanke, CEO of Niantic, confirmed at Comic-Con recently that this was indeed an Easter Egg placed in the game by the developers. 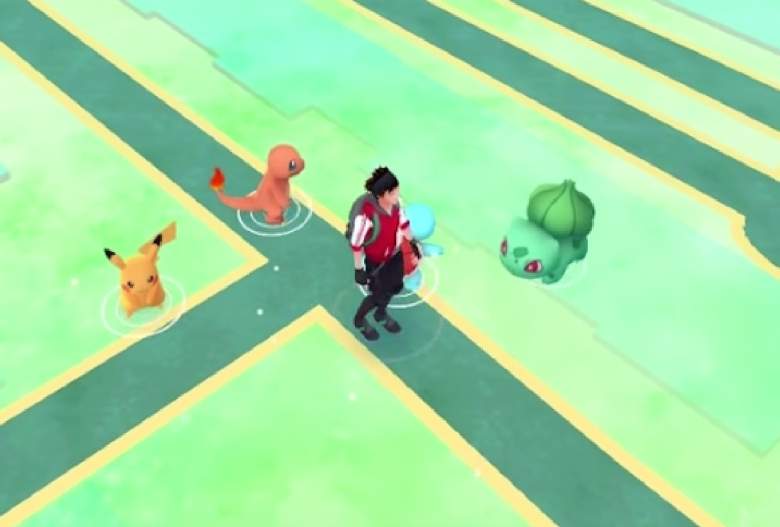 If the player continues to walk away from their three starter Pokemon, Pikachu will appear as a fourth option. (Niantic/Game Informer)

It’s kind of crazy that this Easter Egg was discovered so quickly, but it turns out that there is a way to get Pikachu as your starter Pokemon.

When you first begin the game, you’ll be presented with three options for your starter: Charmander, Squirtle and Bulbasaur. But there’s actually a secret fourth option. All you have to do is keep walking away from the area (in real life). As you walk, the game will keep spawning the three starter Pokemon next to you. But if you keep on walking and let them spawn a few times, eventually Pikachu will appear as another option.

It really sounds like one of those crazy rumors you’d hear passed around the schoolyard back in the days of the original Pokemon games, but in this case it happens to be true. 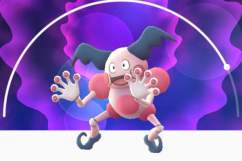 ‘Pokemon Go’: How to Get Kangaskhan, Tauros, Farfetch’d & Mr. Mime 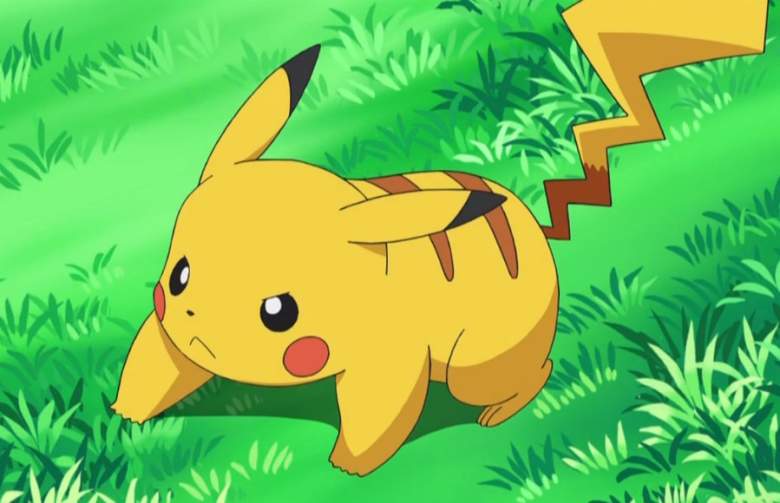 An Easter egg can be found in Pokemon Go by tapping on Pikachu. (Pokemon Wiki)

Here’s another Pikachu related Easter Egg, though this one is more fun than it is something that benefits your gameplay.

As discovered by a Reddit user, when you’re going through your Pokedex, if you tap on any given Pokemon, it will make a growl that is the same audio associated with that species from the old Gameboy games.

But the only Pokemon in the entire game that doesn’t have that same growl is Pikachu; if you tap Pikachu, it will instead say “Pikachu” with the same audio as in the Pokemon cartoon show.

4. You Can Play in Landscape Mode 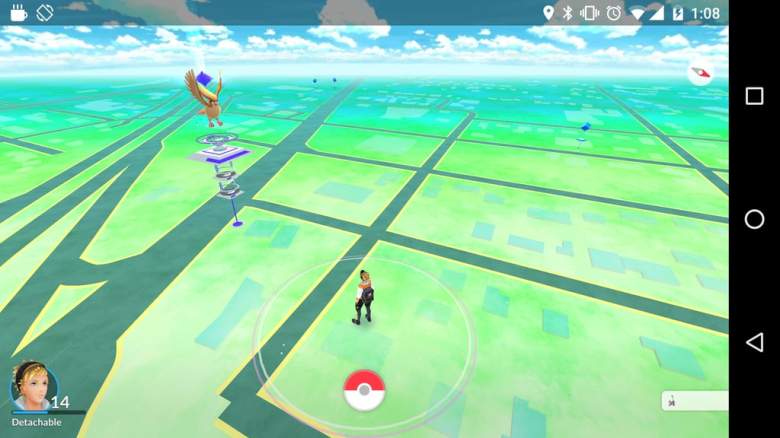 Pokemon Go can be played in landscape mode both on iOS and Android devices. (Reddit/DetachableMonkey)

There’s a way to play Pokemon Go in landscape mode if you prefer that sort of thing, although it does not just involve turning your phone or tablet sideways.

The method, as reported on Lifehacker, is as followers:

When you open the app again, your game should be in landscape mode. This seems to be more of a glitch than an intentional secret, and the game clearly isn’t designed to work in landscape mode, but until Niantic patches this bug, it’s still a nice way to get a broader view of the entire map while on the go.

The above method seems to only work on iOS, but on Android, you can get the same effect by downloading an app like Set Orientation from Google Play.

There’s a Hitmonlee Nest Near Where Bruce Lee is Buried 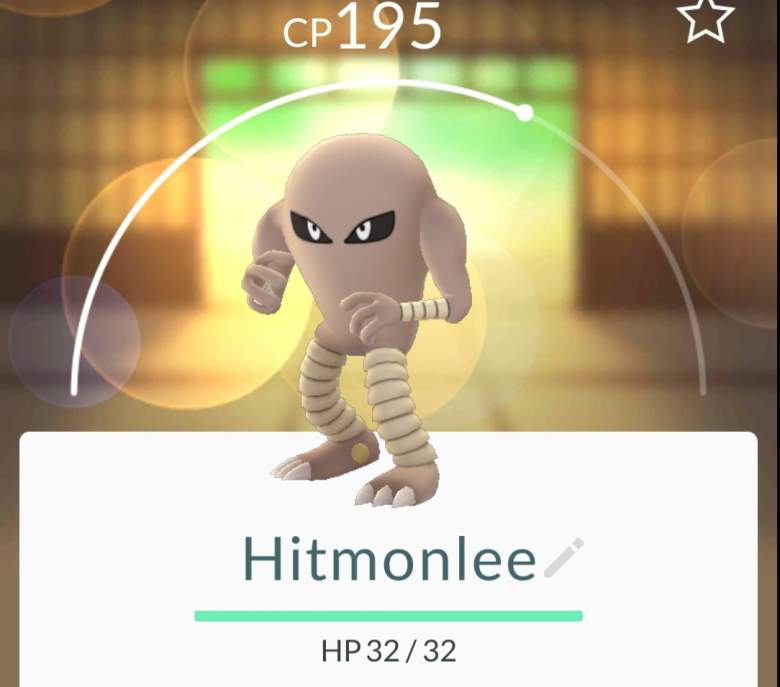 A significant number of Hitmonlees can be found where Bruce Lee is buried. (Reddit/epikperez)

This one could just be a coincidence, but if so, it’s a pretty incredible one. Hitmonlee is a rare Pokemon named after legendary martial arts actor Bruce Lee, and fans have noticed that there is an extraordinarily high concentration of Hitmonlees in Seattle, Washington, especially in Green Lake.

Some suspect that this might be a clever tribute to Bruce Lee, as the actor lived in Seattle for many years, and it’s here that he began teaching martial arts. Green Lake is also not far from where Bruce Lee is currently buried. Whether it’s an intentional tribute or a crazy coincidence, it’s pretty awesome either way.

This isn’t the only way that Bruce Lee has come into the Pokemon Go world. His grave just so happens to be a gym, which at one point was being guarded by a Hitmonlee. 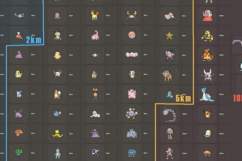 ‘Pokemon Go’ Egg Hatch Chart: What You Get From Each Egg Type