The Pokemon Go craze may be dying down, as the free-to-play mobile app has lost millions of players since this time last month.

New data released from Bloomberg shows that the game’s number of daily active users peaked around July 19th, when nearly 45 million people were using the app. That figure has gradually declined over the course of the past few weeks, and by August 16th, it was down to about 30 million.

This isn’t entirely unexpected. Pokemon Go became such a phenomenon so quickly that it’s safe to assume many people who wouldn’t ordinarily play the game downloaded it and gave it a try just to see what the hype was all about. Since then, as all the social media buzz has died down a bit, those casual gamers have probably lost interest.

It’s unclear whether this decline can be blamed on the many issues Pokemon Go has encountered since its launch. Gamers have experienced server crashes and game-breaking glitches that made the app quite difficult to play for long stretches of time. The game has been running much more smoothly during the month of August, but the nearby tracking feature, for example, is still not functioning as it was when the game first launched, mainly due to a bug that Niantic has still not been able to fix.

This new data charting the number of daily active players does show that the decline started to become less steep around when Niantic released their new Pokemon tracker, “sightings,” perhaps suggesting that some users were convinced to stick around because of this and that others had been abandoning the app due to the glitches and the lack of new features. This is merely speculation, though, and many would argue that the popularity decline is simply the natural product of a game’s hype dying down.

Next month, Nintendo is expected to release Pokemon Go Plus, a wearable add-on to the game, which could potentially provide a major boost to the app’s popularity. 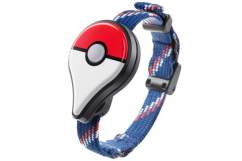 What Is ‘Pokémon Go’ Plus? 5 Fast Facts You Need to Know