We hope you managed to check out all the free Android games we listed for the month of August.

After breaking down all those selections for you guys, we’re back to delve into our next group of picks. These games gave us a boost in confidence during our time spent with them. We fought as popular anime shinobi, ran in guns blazing during counter-terrorism missions, built up powerful military bases and performed plenty of other outlandish tasks. These Android action games provided the type of blockbuster action we’re used to getting from Hollywood’s best summer films (which was pretty lacking in excitement this year, honestly).

So let’s get straight to the mobile gaming goodness and give you our picks for the top five best new Android action games of August 2016.

Never mind all those cheap mobile Naruto game knockoffs. We’ve seen ’em all, played ’em all and hated ’em all. Bandai Namco has finally…FINALLY brought the popular ninja-based anime in game form to Android devices. NARUTO SHIPPUDEN: Ultimate Ninja Blazing is a immensely entertaining action RPG where you’ll play through the manga’s most climactic moments. The battle system is powered by a mechanic dubbed “Shinobi Formation Battles,” which allows you to group together three ninjas for each mission and enemy encounter you take on. Naruto and tons of other shinobi from the Hidden Leaf Village are playable as you pull off slick Ninjitsu maneuvers and make your way through the most memorable chapters of NARUTO SHIPPUDEN. 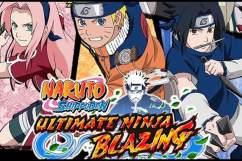 Anyone who’s donated half of their life to playing through Counter-Strike on consoles/PC should enjoy this pick. Modern Strike Online is a slick mobile FPS where it’s up to you to wipe out any and all counter-terrorist agents that attempt to take you out. And those rival agents happen to be human players, so you’ll really need to pick your spots, survive longer and shoot first more than often. There’s 25 weapons to wield and customize, seven maps in total to run around in, three different modes and the chance to change the rules to create a custom mode for you and your friends to play through.

The year 2023 is endangered by the constant military struggles between the world’s strongest superpowers. Taking down all the rebel forces/terrorists and restoring order to the world are your main missions. Counter Shot lets you accomplish that dire mission in the form of base building and FPS scenarios. When it’s time to eliminate any threats going on the defensive, you’ll be tasked with blasting their forces from a 1st-person viewpoint. Defending your carefully constructed base is also one of your main priorities, along with taking apart the forts that get in the way of restoring world peace. Counter Shot does a fine job of putting real-time strategy and FPS mechanics together in a mobile game.

Ever played Manhunt? It was a pretty gruesome Rockstar Games production that starred a Death Row prisoner who’s fighting for his freedom in an abandoned city. Slaughter is similar in concept to that underrated gem and that’s exactly why we regard it so highly. This time, you step into the boots of a mercenary named Russell. Russell must free himself from the dangerous confines of a city that’s ruled by plenty of crazies. Thankfully, you’re armed with all types of firearms that’ll help you clear out all those madmen and get you to a safe haven. Slaughter lives up to its title quite perfectly.

Being trapped in a high school after hours sounds like a horrifying endeavor. Escape From High School 3D turns that scenario into even more of a nightmare thanks to the addition of the undead. Some evil experiments have created zombies that are looking to munch on some fresh, young brains. As the resident jock, it’s up to you to explore the massive facility, save your fellow students and kill off the zombies that get too close for comfort. You’ll be armed appropriately with a myriad of melee weapons and ranged guns, so clearing out the undead should be a fun and simple task to accomplish. 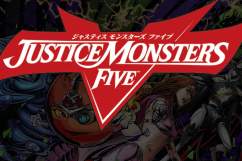