After the new Pokemon Go Apple watch app was announced back in September, trainers have been waiting for it to finally be released. And now it’s here, just before Christmas. The app integrates well with the Pokemon Buddy. In fact, some trainers think it works better than the phone app in many ways.

The app’s barely been out and trainers are already impressed with its distance tracking function. It appears that the watch app tracks steps for egg hatching and Buddy walking much better than the phone app does. So yes, the app will track how far you’ve walked your Pokemon Buddy and let you accumulate candy accordingly.

But before using the app, you’ll want to make sure that it has permission to run in the background. This will better enable it to run while you’re using other apps on your watch. You’ll also likely want to let it access your HealthKit data so it can integrate your steps with your workouts. (Although this won’t affect your Buddy’s distance, it’s a nice feature to use.) If a popup doesn’t show up when you first load the app, do the following to enable the settings:

Once you’re using the app, it integrates beautifully with the Buddy system. (Just make sure that you open Pokemon Go on your iPhone first, so it can communicate with your Apple Watch. After that, you can turn off your iPhone’s display or switch apps and it’ll still communicate in the background.)

The app seems to update Buddy distance practically in real time, much faster than on the phone app, trainers are noting. It does, however, still appear to adhere to the Pokemon Go speed limit. So although your watch will catch your distance however fast you’re going, the distance that’s counted for Pokemon Go is still only what’s accrued while you were traveling below the game’s speed limit.

One note: you can’t switch Buddies or choose a Buddy using the Pokemon Go Apple watch app. You’ll still need your phone app for that part. 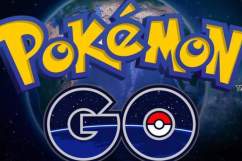 Read More
pokemon go
Now that the Pokemon Go Apple watch app is finally available, how does it integrate with the Buddy feature? Find out here.