The snow has fallen, the christmas trees have been taken down and all the gifts have been unwrapped.

December is the month of sharing the most incredible gifts with your closest friends and family members. The Google Play store brought us all some of the best, interactive and free gifts of all. We waded through all the good, great and excellent Android games that launched during the last month of the year. Our collection of top-notch free Android games spans genres such as hardcore strategy/world-building games, beat ’em up, evil mastermind sims etc. These games should get an automatic download from anyone with an Android-powered device.

For the final month of 2016, it’s once again our duty to check out the best free Android games you need to play.

From a purely graphical standpoint, Dawn of Titans stands tall as one of the most visually striking mobile games of 2016. Thankfully, there’s a great game here to back up the strong graphical output. As the ruler of your own thriving kingdom, you’ll be in charge of building it into something even more grander. Much of the fun derived from Dawn of Titans comes from completing your other main tasks – forging powerful alliances, building an army and leveling up your pantheon of outstanding Titans. Speaking of Titans, they’re the main stars of this mobile kingdom building experience. Dawn of Titans looks like it’ll get even better from here. 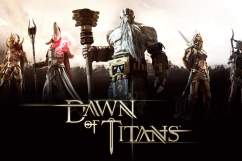 As a toddler growing up, you probably dabbled in the toy car universe of Hot Wheels. It was a pretty exhilarating experience to collect a bunch of mini automobiles and throw them onto dangerous toy tracks. Now you can hop on all those insane tracks in a new mobile stunt racer that’s backed by Hot Wheels’ legacy. There’s 20+ cars to pick up and 40+ tracks packed with loop de loop’s and wicked ramp jumps. You can pull off a bunch of amazing racing stunts on your own or compete with a fellow racer online for even more chaotic action. Hot Wheels: Race Off lets you live our your most cherished memories playing with such a hot race car property. 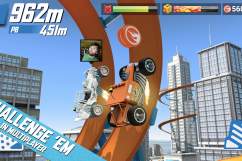 Ever since we spent some time furiously tapping away in the 1st Tap Titans, we knew it was just a matter of time before a sequel arrived. Now that we finally have it, it’s just as good as we imagined it would be. Tap Titans 2 marks the return of the Sword Master, who once again sets out to stop the ever growing threat of evil Titans. There’s 120 all new Titans to head into combat against, a nice gathering of helpful heroes/pets that will aid you in battle and even more skills that will make your Sword Master legendary. Getting back to tapping non-stop may sound like a repetitive affair, but it’s a super fun activity when killing Titans is the main mission at hand.

We got any Powerpuff Girls fans reading this right now? Did any of you guys know that those three sweet but oh so powerful lady heroes star in a new mobile game? Glitch Fixers: The Powerpuff Girls takes the concept of the recent reboot’s “Viral Spiral” episode and turns it into a platforming beat ’em up. You get to take control of Buttercup and Blossom without their trusty powers as they navigate a world wide web catastrophe created by The Amoeba Boys. There’s jumping, punching, kicking, weapon usage and even dinosaur riding to engage in. This colorful Powerpuff Girls internet adventure is much better than expected.

What would you do if you suddenly became a trillionaire? Buy a dozen cars, houses and mansions? Invest in some worthwhile stocks and bonds? Or decide to join The League of Evil and become one of its most dastardly managers? Tap Tap Evil Mastermind focuses on that 3rd option as you use your newly acquired funds to support all the evil deeds of hired Henchman. This sim tasks you with becoming the Dr. Evil mastermind you’ve always set out to be. Make sure you base of operations is built up into something formidable, develop blueprints and set out to craft an unstoppable Doomsday Device. Tap Tap Evil Mastermind makes you a bad guy and you’ll love every moment of it. 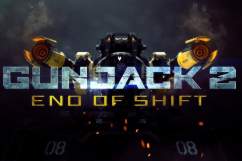