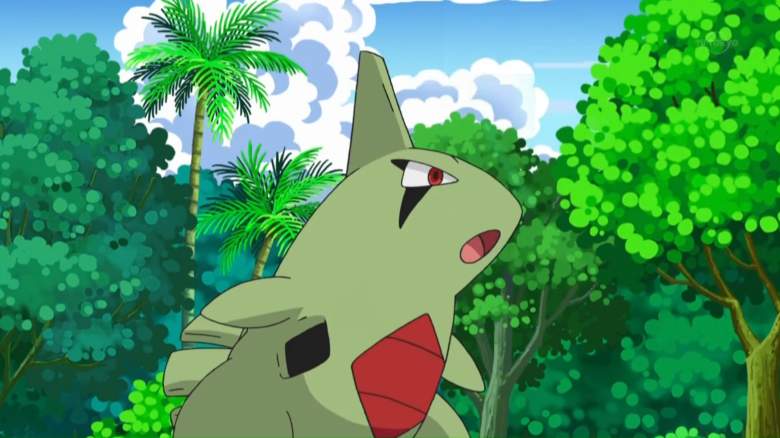 Where can Larvitar be found in Pokemon Go? (Pokemon Wiki)

It’s been a few weeks since the second generation of Pokemon made their debut in Pokemon Go, but Larvitar remains one of the most elusive new species. So how can Larvitar be found in the wild, and can it be hatched from eggs?

Larvitar is a dual-type rock/ground Pokemon, and so far, players have found it in mountain biomes. These mountain biomes are areas where Dragonites, Clefairys, and Nidorans are also frequently found.

There are plenty of exceptions to that, though, and players have reported catching Larvitar pretty much all over the place. Still other players in mountain biomes have never seen a Larvitar even once. However, the general consensus at this time is that Larvitar spawns at a higher rate in mountainous biomes, and in the same areas that Dragonites, Clefairys, and Nidorans are typically found.

It doesn’t help the situation that there do not appear to exist any Larvitar nests in Pokemon Go, so you are unlikely to ever encounter more than one of them in the wild at once. Needless to say, if a Larvitar ever pops up on your sightings list, you’re going to want to jump on that immediately.

Even for players who live in the proper biome, Larvitar spawns are frustratingly rare, and some have literally never once seen a Larvitar since the launch of the second generation last month.

If you’re not having any luck in the wild, you may fare better with eggs; Larvitar can hatch from 10 kilometer eggs, and indeed, this is how the majority of players with a Larvitar have obtained it.

Read More
Android Apps, Android Games, iPad Apps, iPad Games, iPhone Apps, iPhone Games, Mobile Games, pokemon go
Larvitar remains one of the most elusive of the new Pokemon in Pokemon Go. So where can Larvitar be found in the wild, and what eggs does it hatch from?