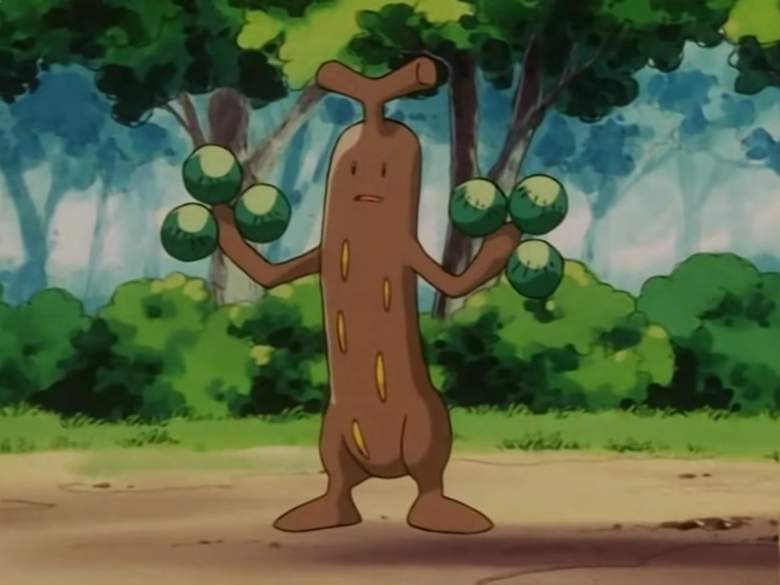 Where can Sudowoodo be caught in Pokemon Go. (Pokemon Wiki)

Sudowoodo, the 185th Pokemon, was added into Pokemon Go in February. Depending on where you live, this Pokemon is either extremely common or extremely rare, so where does Sudowoodo generally spawn, and what eggs does it hatch from?

Well, Sudowoodo has been spotted all over the place, but it seems that it spawns at a higher frequency in grassy biomes, as you would expect from a tree-like Pokemon. This means you will generally encounter it in the same locations where you would find Bellsprout and Oddish, so your best bet for catching Sudowoodo would be to head to a location where you have caught those two Pokemon in the past.

In addition, Sudowoodo has been spotted in desert biomes. These are areas in the game where there are frequent spawns of Chansey, Mankey, Geodude, Rhyhorn, Ekans, Meowth, and Growlithe.

There have been conflicting reports as to whether any Sudowoodo nests exist in the game. There are definitely places in the real world where Sudowoodo spawns more frequently than elsewhere, but it’s unclear whether these would qualify as “nests.”

Still, to help pin down where you should look for Sudowoodo, it would be worthwhile to check out the map over at The Silph Road. At the top of the page, click on the “species” tab and then check off Sudowoodo; a bunch of markers will then pop up on your map, and you can click on any one of them to take a look at areas where players have reported that they have encountered Sudowoodo.

In the screenshot below, for example, this location has been reported as being an area where multiple Sudowoodo have spawned. It doesn’t seem that it is a nest, though. 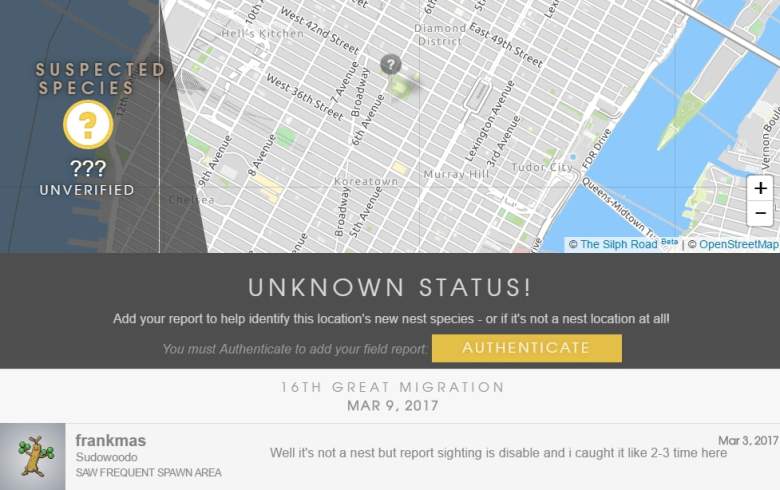 In addition, you can hatch Sudowoodo from 10 kilometer eggs. Sudowoodo falls into the “rare” category, meaning it hatches about as frequently as Chansey and Mareep.