These are our top picks for the best Android action games from February 2017 that you need to play.

1. Lords of the Fallen

Console gamers who wanted something akin to the punishingly difficult experience of the Dark Souls series didn’t have to look far. Bandai Namco published Lords of the Fallen, a more “beefy” take on the dark action RPG formula. Now that its been ported over to Android devices, its forsaken open-ended exploration and focuses on one-on-one clashes. Your oversized warrior of choice will have to slash and dodge massive bosses, attain valuable gear and wipe out the threat of the Demon Queen Acasha. The different character playstyles (the dual-wielding Yetka, hammer specialist Kaslo and equally massive Harkyn) provide you with the preferred warrior needed to slash away all incoming threats.

Sword Art Online has been going strong as a franchise for a long time now. Fans have followed the virtual MMORPG exploits of Kirito and his allies in anime, manga and video game form. Now those same fans can enjoy those very same activities in mobile game form with Sword Art Online: Memory Defrag. Besides Kirito, a ton of other series favorite characters show up to assist you, such as Asuna and Leafa. Memory Defrag controls like a side-scrolling beat ’em up with some extra RPG elements thrown in. The action moves at a super fast pace and the animated art style brings Sword Art Online’s vibrant world to life perfectly. Enjoy the co-op boss raids, play through the anime’s biggest sagas and hack & slash your way to victory.

Cartoon Network’s mobile gaming arm has knocked it out of the park once again. Surely You Quest – Magiswords evokes the sometimes maniacal and always fun spirit of CN’s suite of animated shows. As Vambre and Prohyas, you’ll set out to become the victors of Princess Zange’s royal tourney. Getting to the end of that goal entails collecting a number of Magiswords that aid you during your turn-based battles. It just so happens that those Magiswords are modeled after fireworks, boomerangs, hamburgers and other zany designs. But that main characteristic of the game sticks close to the fun theme present in Surely You Quest. The battles you’ll become embroiled in will test your abilities with the strangest of Magiswords.

Quality dungeon crawlers are pretty easy to come by these days. Especially the ones that exist on mobile devices. Soul Knight features all the elements that the sub-genre lives by – procedurally generated maps, rouge-like dangers and a whole lot of looting. Speaking of loot, you’re gonna go crazy hunting for all 120 weapons. Your mini warrior can utilize all types of swords, axes, maces, bow & arrows and even futuristic guns. Thankfully, the game’s auto-aiming feature makes blasting enemies to smithereens a simple task. The melee and shooting gameplay is refined, the cutesy graphics give it a ton of charm and you’ll actually care about the NPCs that choose to accompany you. Soul Knight is perfect for mobile dungeon explores.

The introduction of virtual reality powered games/apps is a new trend that’s still in its infancy stage. So far, a few games that properly use the VR features of Android-powered devices have hit the Google Play storefront. We happened to come across the one-stick shooter called Battle Planet, a game that places you right into the fiery fray against Terminoids. You’ll navigate all over a bevy of planets as you shoot down marauding aliens and defuse explosives with your nearby drone. The top-down viewpoint looks pretty cool when you’re looking down through the goggles of a compatible mobile VR headset. Pick up your guns and keep your eyes peeled cause those Terminoids seemingly never stop coming. 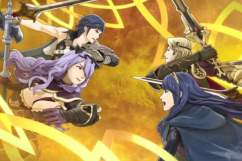