Check out our top picks for the best free Android games that launched during February 2017.

Nintendo’s mobile game initiative has been on a roll thus far. Super Mario Run was a quality infinite runner, plus Pokemon Go is still going strong a year after release. Now we have a mobile strategy RPG that makes good use of the Fire Emblem IP. Fire Emblem Heroes is packed with several of the franchise’s biggest fan favorite heroes, a meaningful story campaign to follow along with and a wealth of separate battle modes that challenges your party configurations. The deep tactical gameplay seen in past Fire Emblem titles is well presented here, so longtime fans have nothing to fear. You’ll most certainly want to participate in the mobile war between the Emblian and Askran Empire.

If there’s one thing we love to unlock after beating an intense action game, it’s a Boss Rush mode. Evil Factory takes that concept one step further by basing its entire storyline and main gameplay mechanic on it. As Leo, you’ll wander into the main headquarters of the evil Kraken organization. Your mission entails fighting a nonstop onslaught of Kraken’s monstrous experiments during big boss fights. Leo’s weapons suite and unlockable helmets add a nice sense of fun customization to the proceedings, plus there’s a bunch of other pixelated side games to busy yourself with. But the main task is as follows – KILL ALL THOSE 8-BIT BOSSES! 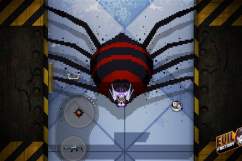 Instead of exacting justice upon the criminal underworld of Gotham City, Batman: Arkham Underworld lets you take a ride on the side of evil. Batman’s Rogues Gallery are featured here – Harley Quinn, Mr. Freeze, Killer Croc, The Riddler etc. As any of these hell raising thugs, you’ll build your own illegal hideout and do your best to stay a step ahead of other rival criminal empires. Along with those activities, this new Batman mobile game lets you navigate through Gotham City for some intense story missions, improve the stats of your super villains and fight to claim the goodies that other live players have in their hideouts. Batman: Arkham Underworld makes being bad feel so good.

Summon Rush sticks to a well-worn mobile RPG formula. But what it does, it does very well. As a powerful Summoner, you attempt to become the victor of beautifully animated battles by bringing your warriors/creatures to life. Each of those party members are tied to your card deck, so it pays to make sure your configuration is always effective during battle. The addition of powerful magic spells and five elemental strengths/weaknesses does a great job of helping Summon Rush be just as deep as its contemporaries. Test your skills during Raids, make your way up the Tower of Chaos and build the most powerful deck you can to make short work of your enemies.

Heroes of Skyrealm is the best of both worlds – action RPG’s and real-time strategy. Both gameplay styles mix well and deliver a worthwhile experience for fans of both genres. You and eight other heroes can dish out as much damage as possible during major co-op boss raids, plus you can test your 3-person parties’ might during PvP battles. When it comes time to step into the RTS realm of Heroes of Skyrealm, the fun factor continues to stay high. Your homegrown base of operations floats high in the sky and it’s up to you to keep it well defended and ready to take down other territories. Heroes of Skyrealm feels like two excellent games in one. 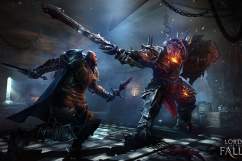