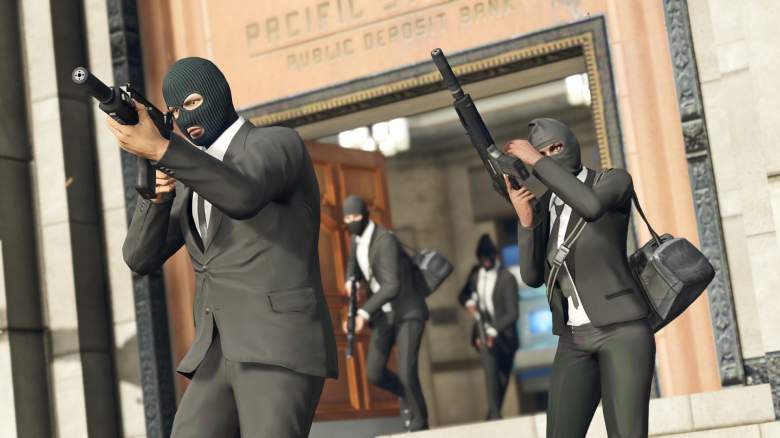 UPDATE: The video has since been taken down from KingBenbow2’s channel.

A video posted on KingBenbow2’s YouTube account shows him recreating the Steve Stephens killing in Grand Theft Auto V. The video is nearly nine minutes long and depicts “Stephens” yelling his girlfriend’s name as he shoots random people in the streets of Los Santos, recreating the Easter Sunday tragedy. The creator of the video appears to use quotes from Stephens as well when he kills people, along with improvising a few lines since he is only confirmed to have killed one person as of right now.

GTA V and its online mode have been used in the past to depict various people such as Donald Trump and Barack Obama so it doesn’t come as a surprise that some recreated this. GTA V is a game well known for its vast array of customization options and videos have surfaced showing players how to create celebrity lookalikes. In GTA Online, players create a custom avatar so they can make it look and dress like whoever they want. Rockstar keeps the game fresh by adding new content all the time so the customization options keep on growing. For better or worse, players can pretty much do whatever they want in GTA.

GTA Online just received another update that added a Land Grab mode to PS4, Xbox One and PC players. The mode has four teams fighting for territory by leaving a neo trail across the map. There are seven maps in total and the team with my most territory at the end is the winner. Players are currently able to earn Double GTA$ and RP in the game mode through April 24 reads a post on Rockstar’s website.

In 2012, after the Sandy Hook shootings, Grand Theft Auto IV players got together and gave a virtual rifle salute to the victims. These players used the tragedy as a way to bond together while others took advantage of the tragedy and even made a game recreating the events of the shooting, much like this player did with Steve Stephens. According to the New York Daily News, the Sandy Hook game gave players the option to shoot their mom, collect ammo and go on a killing spree in a school.

Steve Stephens shot and killed a person at random yesterday on Easter Sunday. He uploaded the video to Facebook and claimed to have done it because of his girlfriend, Joy Lane, and he has claimed to have killed 15 people. He is currently on the run and a $50,000 reward is being offered for information leading to his arrest.