With DC Comics newest film Wonder Woman set to release this Friday developer NetherRealm Studios has decided to release a special armor set to go along with it. This new set of gear is the same armor that actress Gal Gadot sports in new Wonder Woman movie and is exclusive to Injustice 2. However, this armor is not obtained for just logging in, as players will need to prove their mastery of this mighty heroine before having a full set.

To unlock this armor go to Singleplayer and then choose The Multiverse feature to open up the world map. From here click on the bottom left planet that is titled “To End All Wars” to bring up the various events you will need to complete. In order to unlock all of the Wonder Woman movie gear, players will need to complete 4 separate events of increasing difficulty and a final boss event against Cheetah. These can be completed at any level, however, Injustice 2 recommends that you face Cheetah with a Level 20 Wonder Woman.

Here are the five events and what they offer:

This armor is also at the Epic Rarity, meaning they are some of the best items you can acquire in all of Injustice 2. There are also various set bonuses for those who equip two, three, or all five pieces.

Here are the set bonuses for the Fabled Heroine of Themyscira Gear: 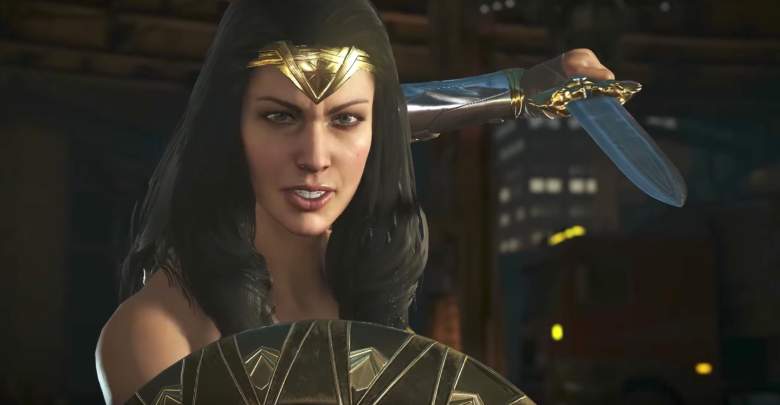 In these events, you are only allowed to play as Wonder Woman so you might want to take some time and familiarize yourself with her moves and abilities. The first four events of this challenge aren’t terribly difficult as the enemies are all at your level and most of them aren’t that high on the difficulty scale. Wonder Woman thrives at using her multitude of weapons to constantly keep the pressure on her opponents. Try to either initiate or finish combination’s off via a special move cancel into either her Lasso of Truth or Amalthea Bash.

Cheetah is the real challenge of this special event as this boss character has an insane amount of health and can easily take care of opponents via her fast combos. Letting her get close is an easy way to lose, so try to keep her at bay with your bash and lasso. It may take a few tries, but once you eventually fell this foe you will earn every piece of the Wonder Woman movie armor in Injustice 2.

This event officially ends on June 5, so make sure to get out there and grab your armor now.