Prey – The First 35 Minutes of GameplayLearn more about the music, aliens and powers featured in Prey on Bethesda.net https://goo.gl/l1GgUu You find yourself trapped in space, being hunted by an enemy you don’t understand, and missing significant chunks of your memory. Before you get your hands on your powerful alien abilities – hell, before you even get your hands on a weapon – your life is in danger. You’ll need to use your wits and follow the mysterious January’s instructions if you want to survive the opening moments of Prey. Aboard the massive Talos I research facility, danger is waiting around every corner. Prey will be available on May 5, 2017, on PlayStation 4, Xbox One and PC. Pre-order today to receive the Cosmonaut Shotgun Pack: https://prey.bethesda.net/preorder/ For more on Prey, follow the game on social media: Facebook: https://www.facebook.com/prey Twitter: https://twitter.com/preygame Instagram: https://www.instagram.com/preygame/ Tumblr: https://prey.tumblr.com ESRB RATING: Mature with Blood, Language, Use of Alcohol, and Violence.2017-03-17T14:18:21.000Z

Prey is releasing this Friday for Xbox One, PS4 and PC and with it comes a whole new list of achievements and trophies for those hunters out there, and we know there are many of you. Bethesda was kind enough to give us a taste of what to expect by releasing their achievements to us.

Spoilers will be found below so be careful if you don’t anything ruined for you. In order to get all the achievements, and the Platinum Trophy is you’re a PS4 player, you’ll need to do at least three playthroughs. You’ll need to complete one playthrough by using only Typhon Powers, one with only Human Powers and one with no abilities. You also have to do a playthrough without killing any humans and one where you kill all the humans. There’s also a lot of collectible based achievements and trophies so you’ll need to keep a sharp eye for things you can miss or use a guide while playing.

Prey comes out May 5 for the Xbox One, PS4 and PC. Pre-loading is now available on consoles and opens up for PC players May 3.

Here’s the list of all the 48 trophies (or achievements for our Xbox One and Steam friends):

(We don’t know the name yet)
Earn all trophies.

I And Thou
You completed the game in the most empathetic way possible.

No Needles
Complete the game without ever acquiring any Typhon Power or Human Ability.

Missing Persons
Located all employees on Talos I.

Press Sneak
Read all the E-Mails on Talos I.

Psychometry
Find and listen to all Transcribe Recordings.

Self-Incriminating
You found out what happend to Mikhaila’s Father and let her know.

Brain Trust
You helped Igwe, January, and Mikhaila meet in your office.

A Gift to the World
You found Gustaf Leither’s Connectome for Dr. Igwe.

Do No Harm
Complete the Game without killing any humans.

No Show
You died to helicopter blades on your first day on the job.

Awkward Ride Home
You escaped Talos I aboard Dahl’s Shuttle with only Dahl.

Abandon Ship
You fled Talos I aboard Alex’s Escape Pod before completing your mission.

Dead Future Self
You found and listened to all the messages you left for yourself.

Suicide by Proxy
You killed January.

This Never Happened
You performed an Apto-regressive Neurotomy on Dahl.

Facsimile
You met January for the first time.

A Friend in Need
You recovered Mikhaila’s booster shots and healed her.

Prism Master
You read the entire Starbender series and don’t regret it.

The Gates of Hell
You helped all security officers survive the cargo bay battle.

Adrift
You rescued Dr. Igwe from a Cargo container.

Black Market
You found all the Smuggler’s Dead Drops.

You Rang?
You used the Psychotronics Satellite to dismiss or summon the Typhon Nightmare.

Makeup Exam
You returned to the Sim Lab and completed the Room A, B.

I And It
Kill Every Human on and around Talos I.

Engineer
Repair at least (20) objects on and around Talos I.

Operator
Hack at least (20) hackable objects on and around Talos I.

A Different Side of You
Scan your Phantom Shift Duplicate with your Psychoscope.

Deprogramming
Use Mindjack to free a Mind-Controlled Human.

Tee One Up
Kill an enemy while they are lifted.

Escape Velocity
Blast yourself as an object for at least 20 meters while in normal gravity.

Thoughts Can Kill
You Killed a Human using Psychoshock.

Ball Lightning
Use Electrostatic Burst to drop two or more Operators at once.

Transtar Gourmand
Consume one of every type of food and drink on Talos I.

Reduce, Reuse, Recycle
Use a single Recycler charge to recycle at least (20) objects. 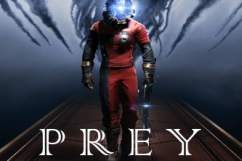