These are our top picks for the best Android action games from April 2017 that you need to play.

Autobots. Decepticons. Maximals. Predacons. All these robotic battle types are tied to the massive Transformers universe. So many of the familiar robots in disguise’s fans have stuck by them throughout tons of games. The latest one they’re starring in is Transformers: Forged to Fight. This mobile fighting game lets you amass tons of powerful bots who fight to defend your base and fend off whoever’s looking to deconstruct your army. Characters such as Megatron, Grimlock, Optimus Prime himself and plenty more take part in energetic 1v1 battles that come down to the bitter end. You can pull off close up melee attacks, blast your opponent from afar, destroy the arena you’re clashing in and pull off flashy special moves. The battle system is simple (as it should be since it’s a mobile fighter), but it’s far from boring. Transformers: Forged to Fight joins the list of awesome mobile fighting games such as Power Ranger: Legacy Wars, Marvel Contest of Champions and Mortal Kombat X. 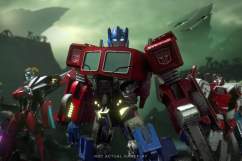 You might not know the name ZeptoLab, but you’ve definitely played their games. The games we’re alluding to are Cut the Rope and King of Thieves. Their latest mobile work of playable art is a game focused on cats causing plenty of robotic mayhem. C.A.T.S.: Crash Arena Turbo Stars (that name is epic!) is built on the concept of that old TV show BattleBots – you’ll command your master engineering feline to produce a powerful war machine. You’ll throw your custom killing machine into endless PvP battles and command the use of drills, buzzsaw’s, chainsaws and other types of wacky weaponry. Your machine can take on all types of formations over time as you gather new material. The battles themselves always entertain, even when you’re sitting back and watching competitions between other live players. Battle all the way to the C.A.T.S. World Championship if you can! 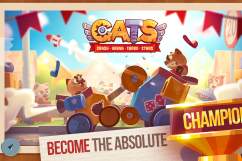 Sure, there’s heaps of top-down dungeon crawlers on the Google Play store. But many of them are incredibly fun, so we tend to always feature one of them in this monthly listing. The newest title in that genre we came across is Nexon’s excellent Arena Masters, an anime stylized action RPG. The dungeons you’ll traverse are filled with cutesy foes and incredibly threatening enemies who must be be vanquished. There’s 13 heroes to choose from, who happen to stick to certain character archetypes due to their varied abilities. The PvP clashes you’ll get embroiled in includes 1v1 battles, co-op King of the Hill fights and an interesting game type called Zombie Virus. Enjoy the real-time action at hand and upgrade your warrior to the highest level possible in Arena Masters: The Legend Begins!

Have you ever been to one of those shows where some master gun wielder pulls off death defying tricks? We’re talking about folks who hold an apple on top of their head while someone across from them gets ready to shoot it off with a pistol. Gun Duel Master brings that particular stunt and tons of other risky challenges to mobile in a pretty outlandish game. Besides shooting glass bottles out of the air, you’ll be tasked with blasting other firearm duelists in battle. The career mode is pretty extensive and gives you five types of challenges to excel at. Remember that whole assistant thing we mentioned beforehand? You’ll get one here who’ll throw all types of objects your way for the sole purpose of having you blast ’em out of midair. There’s tons of guns here and a whole lot of ways to look good while shooting with ’em. Gun Duel Master is a gory, stylish and merry mobile gaming experience.

We’ve discovered another mobile 1st-person shooter that’s going to keep you locked within its explosive trenches for a long time. Gang War Mafia places you and a wealth of other online players onto a bunch of expansive maps. These locales become the playgrounds for players vs. bots/live players shootouts. Classic FPS game types such as Deathmatch, a Horde type mode, Team Deathmatch, Bomb etc. make up the gamut of modes you’ll enjoy. The gun and character customization is open-ended, which means your avatar and loadout will be as varied as you want it to be. The controls feel smooth and responsive, so the fast-paced run ‘n gun trials never falter. Gang War Mafia should be in your download queue ASAP. 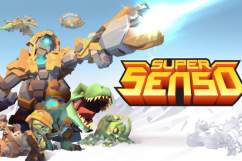