We know Doomfist is coming eventually. For the thousands of Overwatch players out there, it has always been a question of when, not if Doomfist was coming. Now, it looks like we have more concrete evidence pointing to Doomfist and a new Summer Games event.

A crash log on Overwatch’s PTR server reveals Doomfist and the Summer Games are coming soon, possibly being added in with patch 1.13. Although, last year’s Summer Games didn’t occur until August but there is nothing that is requiring the Summer Games to match up exactly from year to year.

The crash log has the following line in it, as posted by Battle.net forum user bax42.

This crash log was also reported by and confirmed by several other users on the Battle.net forum, as well as some other reporting it on Reddit. Doomfist incoming?

The Summer Games coming almost seems like certainty, as we’ve come across a few interesting tidbits in the PTR realm. We recently have seen that stats for Lucioball show up in the PTR, but they have since been removed. We also have reports of music for the event being datamined, which would further suggest the event is coming, along with this crash log.

The Doomfist part of this is where we step in a murky area. It seems odd for him to potentially be coming with little to no fanfare. We’re sure Blizzard and the Overwatch team will find some way to tease us endlessly, or at least for a few days like they did with Horizon Lunar Colony, before they release Doomfist into the game.

Of course, without any official announcement from Blizzard, we should all take this news with a grain of salt. No matter how likely things seem, we can never underestimate the power of Blizzard. 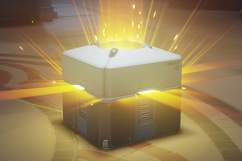 Read More
Overwatch, PC Games, PS4, Xbox One
If has always been a question of when, not if.