Author’s Note: These opinions are the opinions of the writer and do not reflect Heavy.com as a whole.

Pokémon Ultra Sun and Ultra Moon, a recrafted version of Pokémon Sun and Moon, was announced in a Pokémon Direct. While it’s disappointing that it’s coming to the 3DS and not the Switch like everyone was hoping, I’m still excited to play my favorite entry in the Pokémon series once more.

Why is it my favorite entry? Read on to find out.

My colleague Eli Becht wrote an article ranking the Pokémon generations from worst to best and he put Sun and Moon as the worst generation. While he didn’t hate the game, it was his least favorite. While he enjoyed the game’s soundtrack and visuals, he criticized the game’s focus on the story and some of the changes to the formula. But the focus on the story and the changes to the formula are exactly why I loved this entry over all the others.

Pokémon Sun and Moon boasts the most endearing story in the entire series thanks to some of the most endearing characters in Pokémon. Past companions were often one-note and trite, something that Pokemon X and Y, the previous generation, demonstrated in spades. Here, characters are given strong character arcs, and they back up an engaging plot with a surprising amount of twists and turns. Even when there wasn’t anything happening story-wise, I kept my eye on these characters (as opposed to hammering the “A” button to skip the dialogue) because I genuinely loved them and wanted to see them interact with each other and grow.

[Spoilers below – scroll down to skip spoilers]

Lillie demonstrates this focus on characters the most. Her growth from timid, nervous to her confident and brave “z-powered” form felt organic and strong. It was genuinely painful to see her react to her mother Lusamine’s growing greed and malice after hearing about how much joy they spent together, and all the more empowering when she finally stood up to her.

The focus on story also breathed new life in tired Pokémon cliches. In past generations, the legendary Pokémon just kind of showed up. Sure they cause a lot of the conflict in the latter half of the games, but that was just about it. They didn’t really have any impact other than being a near-endgame boss. They’re supposed to be this majestic beast with immense, almost godlike power, but all you do is catch it, name it “ButtFarts” or some other stupid nickname, and toss it in the box.

But in Sun and Moon, the legendary pokemon isn’t just a legendary pokemon. It’s Nebby, a Pokémon you gained affinity for over the course of the game. And it was only after growing fond of it and seeing it suffer at the hands of Lusamine that it became all the more impactful when it turned into the majestic beast it was meant to be. When I finally caught it, I couldn’t name it anything other than Nebby.

The same goes for the champion. Champions in previous generations also just kind of showed up, appearing as a twist even though we could all see it coming. But the champion this time is someone we also got to grow fond of and get to know over the course of the adventure. It’s not just a strong trainer, but none other than Professor Kukui! Not since Pokémon Red and Blue with your rival has a champion this thematically consistent. Also, after years of fantasizing about fighting one of the professors, it’s great to finally get that closure.

I also loved the way the tone of the game can affect the gameplay. In the ghost-type trial, you get to the end in a closet filled with pictures of Pikachu – as if a madman was obsessing over the creature. Then, in camera mode, you slowly turn around to find a creepy Pokémon right behind you! It was genuine, kid-friendly survival horror, and it was one of my most memorable moments of gaming in 2016.

Of course, the story isn’t perfect. The game can occasionally overindulge in its messages of friendship and inner strength. It also brings up the ethics of Pokémon battling without really diving into them. When questioned for expanding her subordinates, Lusamine talks about how it’s no different to trainers casting aside their Pokémon when they’re not useful and is never touched upon again. But despite these holes, the story is still enjoyable throughout.

A big part of why I love Sun and Moon so much is not just the focus on story but all of the improvements to the formula. Should they have come much earlier to the series? Of course. But now they’re here and they’re awesome.

From the moment you start playing the game, you can tell that it has undergone big but welcome changes. The game doesn’t ask you if you’re a boy or a girl. You just choose from eight different avatars of varying skin colors to get a general approximation of what you look like. It appears that Nintendo realizes that there are players who may not identify with a specific gender binary.

Becht mentioned that Sun and Moon had too much hand-holding. That certainly can be the case with all of the unskippable tutorials for catching and battling Pokémon dumped in the beginning. However, it may be just me but I found Sun and Moon much more challenging this time around. Even though most of the battles have opponents picking moves at random with no sense of strategy, there were a good number of memorable battles that demonstrated competent strategies and tough Pokémon. The grass-type trial had me facing against a Pokémon that had one attack that could knock out my Pokémon in one hit as well as a move that heals half its health. But it takes two turns to charge up its big attack, so you need to plan accordingly. While it’s still pretty easy throughout – especially for veterans – there are so many tricky and fun battles that it makes up for all of the easier bouts. It overall feels balanced, which means that there’s much less need for grinding.

Becht also didn’t like the addition of Z-moves but I think they were just fine. Z-moves are way more balanced than simply mowing down the opposition with an OP mega Pokémon and thus require a lot more strategy, and they’re way more fun to use because of that. It also helps that the moves are accompanied by an over-the-top animation that would make Studio Gainax (Neon Genesis Evangelion, Tengen Toppa Gurren Lagann) proud.

I also loved the addition of Ride Pokémon, which completely replaces Hidden Machines. For decades, we needed to learn a terrible, semi-permanent move just to get past a sapling. No longer will early-game normal types be delegated as “HM slaves” as they’re loaded with the moves. This is truly a cause for celebration. They even acknowledge this in the game itself, with one NCP lamenting the uselessness of her treasured HM Fly. Ride Pokémon even replace bikes and dousing machines, and they’re way more fun to use.

The Alola region is beautiful. Alola’s tropical beaches and jungles bring a much-needed freshness to the series. Being able to walk freely without the restrictions of a grid-based movement system makes it all the sweeter. Sun/Moon’s world feels more like its own place with a deep culture and geography than any other game in the series – not just a collection of square plains and towns.

Adding to the joy of exploring Alola is the batch of new Pokémon, and they might just be the best designed in the entire series. Many of them are directly inspired by the geography and culture of Hawaii. Of course, most of them are just plain weird, and Pokémon are at their best when they’re just plain weird. Highlights include Mimikyu, a Pokémon who hides its eldritch true form under a makeshift Pikachu cosplay just so it can be loved. I also appreciate the remixed versions of classic Kanto region Pokémon. I would’ve never guessed that I would get excited over catching a Geodude. But my favorite is Golisopod, this generation’s version of Gyarados where a wimpy Pokémon turns into an immensely powerful one with enough love and care.

While I love Sun and Moon, I have to agree with Becht on some things. I do prefer the puzzles and challenge of Gyms over the simple challenges of Trials and I do think the early game tutorials are overbearing. I also didn’t like the annoying SOS Battles and the overabundance of lengthy animations slowing me down. In a game packed with so many much-needed innovations, it’s such a same that many things still need to be updated. That’s why even though I love this game, I wouldn’t have given it any higher than an 8.5 out of 10 had I reviewed it.

I’ve always been under the impression that Pokémon gets better with every generation, and Pokémon Sun and Moon is no different. In spite of all of this game’s glaring problems, I have no reservations in naming it my all-time favorite Pokémon series entry to date. All of the improvements to gameplay along with the lovely story mix with the classic Pokémon staples we know and love to create the most polished, vibrant, balanced, and fun time I had with a Pokémon game in years.

It’s the first and perhaps only time I ever finished a game and said to myself, “Wow, I cannot wait for the rerelease.” 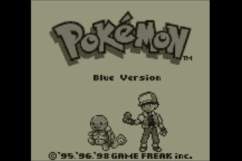 Pokemon Red and Blue: 5 Game Design Decisions That Made Them Classics