While many fans were no doubt expecting a different Pokemon title to be announced for the Nintendo Switch, we definitely were one of them, Nintendo did unveil Pokken Tournament DX, an enhanced port of the original Wii U version. It’s not what we expected at all but that isn’t necessarily a bad thing.

Pokken Tournament DX is a port of the 2016 Wii U version, which itself was a home console edition of the 2015 arcade version. The game acts as fighting game that pits two Pokemon against one another. Since the game was developed by Bandai Namco for the arcade, it can most easily be compared to Tekken, since that was created by the same developer.

The roster of Pokemon from the original Wii U release is:

However, the Wii U version was missing four notable Pokemon from the arcade version. These Pokemon include:

We have good news in that those missing Pokemon will now be included with Pokken Tournament DX. We are also getting a brand new Pokemon to join the roster: Decidueye, made popular from the Pokemon Sun and Moon games. Unfortunately, none of the characters will be patched into the Wii U version, which effectively makes that game finished in terms of updates.

Today’s Nintendo Direct showed off the different ways this game will play on the Switch. Local wireless multiplayer will be available between Switch consoles. Single Joy-Con play is also an option that will allow you to play with a friend without having to own an additional controller. The new version also introduces 3v3 team battles, online ranked play, and friend-only group matches.

Pokken Tournament DX will also make an appearance at E3 by featuring a tournament. Here are the full details:

Name: 2017 Pokkén Tournament DX Invitational
Date: Wednesday, June 14
Time: 10:30 a.m. PT*
Competitors: Eight YouTube and Twitch stars
Format: Crew battle with four teams and two players per team. Random draft order. The first person in each crew must choose one of the new characters; the other person can choose one of the original characters.
Prize: Winners will each receive a Pokkén Tournament DX art piece signed by Tsunekazu Ishihara, president and CEO of The Pokémon Company, and members of the development team.
Casters: Jordan Kent, D1 and VikkiKitty

Pokken Tournament DX launches September 22 exclusively for the Nintendo Switch. No price has been determined yet but $59.99 seems like a good guess.

Outside of Pokken Tournament DX, we received news about Pokemon Ultra Sun and Ultra Moon, both coming to the Nintendo 3DS. The Direct also announced Pokemon Gold and Silver will be joining the Nintendo 3DS Virtual Console this fall. There’s a lot to look forward to on the horizon for Pokemon fans. 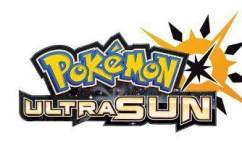 ‘Pokemon Ultra Sun & Ultra Moon’: What Are They?