What time do Pokemon Go Raids begin every day? (Niantic)

UPDATE: It appears that raids now may start at 8 a.m. instead of 9 a.m., according to the latest reports from trainers. It looks like Pokemon Go may be expanding the hours of raid battles. In fact, commenter dan0gram (see the comments below) noted that in Cambridge, MA, some raids were starting as early as 7:30 a.m. Let us know in the comments below what times you’ve noticed raids starting.

With Pokemon Go trainers concerned that there might be a curfew that doesn’t allow raid battles to happen at night, trainers are now wondering exactly how early each day they can start joining Raid Battles and battling Raid Bosses. Niantic hasn’t listed an official start time for raid battles. But from what trainers are saying, a safe bet is that although notifications and egg timers might release information sooner, actual raid battles won’t begin until around 9 a.m. local time.

The question began shortly after Pokemon Raids started, when trainers quickly realized that although they were seeing tons of raids during the day, they weren’t seeing any raids after the sun went down, especially after 9 or 10 p.m. at night. See Heavy’s story here for more details about what’s happening with nighttime raids.

Realizing that raids might not be happening at night, trainers naturally began to wonder: when do raids start back up again every day?

The best estimate can be made from trainers’ experiences, since Niantic hasn’t said anything official yet about the question.

Trainers have noted that they took part in their first raids in the morning at 9:20, 10:01, 9:30, 9, 9:13, and 11. Some trainers started getting notifications about upcoming raids around 7 and others didn’t get any notifications until around 9.

If you don’t want to miss the first raid, the best best is to start looking to join raids in your area around 8:30 or 9 a.m., although notifications could start popping up an hour or two earlier than that. This would put the start time for raids at approximately 12 hours after the time that raids tend to stop showing up at night.

Many players hope the nighttime rain “ban” is just a temporary curfew of sorts. Because it’s the hottest time of year in many parts of the world, many trainers actually prefer to play at night when the weather’s just a little less sweltering. And because many people work during the day, nighttime is the best time to participate in raids.

Whether this is a permanent “curfew” or if raids will eventually start happening 24/7 remains to be seen. Raid battles are still in beta until July, so we could be seeing a lot of experiments and changes until then. At first, raid battles were only available to people at level 35 and up. Now they’re available to trainers at level 25 and up. And at first they were only available at sponsored gyms, and now they’re available at many gyms, sponsored or not. It’s possible that Niantic will experiment with different raid times and changes could happen, even as soon as today. (To find out where to find gym raid battles, see Heavy’s story here.) 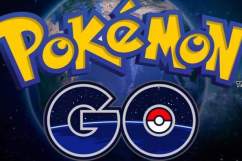 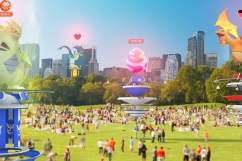 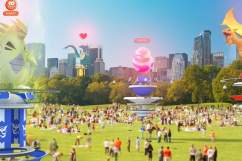 Read More
pokemon go
What time do Pokemon Go raids begin every day? Now that raids don't happen at night, trainers are wondering when they should be on the lookout in the morning.