At $79.99, the Madden 18 G.O.A.T. edition is $20 more than the standard version. Fans want to know what they are paying for. The first thing is the G.O.A.T. version is already out, and the only way you can play Madden before the standard August 25 release date.

The expanded edition allows you to play the game a full three days ahead of everyone else. Additionally, the G.O.A.T. edition includes 2,500 contracts, seven Madden Ultimate Team packs (in addition to the standard five) and one of five elite G.O.A.T. players: Tom Brady, Barry Sanders, Ray Lewis, Deion Sanders and Jerry Rice.

The G.O.A.T. version best fits the player that has to have the game as soon as it comes out, as well as avid Ultimate Team players. The standard version is released on August 25, and comes with one elite player from your favorite team as well as five Madden Ultimate Team packs.

The key new features of the game will be available on both versions. The new Longshot Story Mode is worth the price of buying the game itself. Fans will also notice a crisper look and a new default camera angle thanks to the Frostbite engine. Both the players and uniforms look more detailed. The lighting and shading is also improved with the new engine, allowing the game to look closer to the real thing.

So, which version should you buy? If you can wait the extra three days, the standard edition is likely the way to go as $80 for a video game is on the steep side. However, if you are an avid Ultimate Team player you might find it is worth the extra $20 to have the additional packs, and players that come with G.O.A.T. edition.

Whichever one you choose, you can’t go wrong as Madden 18 is likely the best football video game we have seen. Regardless of which one you buy, my advice is to start with the Longshot mode, and see the future of sports video games. 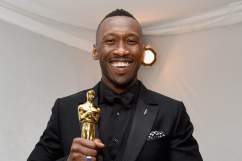