Madden users may be stressing on how to answer the questions Devin Wade is asked while playing Longshot mode. Should you be worried? Based on the early results, there are only a handful of possible endings.

A word of caution, there will be spoilers ahead. Do not read on if you do not want to know the endings for the Longshot mode. For those unfamiliar with the Madden 18 Longshot mode, users control Wade as he looks to fulfill his dream of making it into the NFL. Throughout the game, Wade is asked various questions that impact the story.

While it is true these answers can impact the storyline, it may not be as much as you think. There are certain key answers that have a direct correlation with the outcome. When Wade is being interviewed, he is asked his favorite team. The most popular ending has Wade getting drafted by his favorite team based on this answer.

There is a part during the Legends game near the end where Wade has a decision to make on a play. The coach instructs him specifically to not throw it to Colt Cruise. If you decide to throw it to Cruise, it will help him get drafted, but hurt your draft stock.

Aside from those two instances, answers have minimal impact on the final outcome of the story. Your draft stock report is directly impacted by each answer. However, it looks like the highest Wade can get drafted is in the seventh round.

Even if he goes undrafted, the other endings have Wade getting a call from Dan Marino (and in a rare scenario, Jay Gruden) offering him two teams he can sign with as an undrafted free agent.

As the mode evolves, the folks at EA Sports will likely add a more varied story mode where your decisions can have more of an impact on the future. For now, it is a good first iteration. Just don’t stress out about your answers in the Longshot mode. 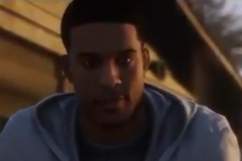 Madden 18 Longshot Mode: How Many Endings Are There?