When it comes to getting a gaming headset it’s important for that item to be both comfortable and functional for long hours of play. Enter Razer’s Destiny 2 Edition of the Man O’ War, which not only builds upon the original Man  O’War design, but makes some interesting changes along with it. While the Man O’ War isn’t a perfect headset, it’s a good choice for anyone looking for high-end PC gear.

Right off the bat, the Man O’ War’s white and black color pallet looks fantastic both up close and at a distance. The design of the headset is clean and the addition of big Destiny 2 logos on either side of the speaker cups is great for any fan of the game. The name “Destiny 2” is also across the strip at the top, and the mic itself is also a mix of black and white. Unlike the other Razer Destiny 2 products there is no chroma feature, so you’re going to be stuck with white and black.

As for the construction, the Man O’ War feels a bit flimsy since the majority of it appears to be made only out of plastic. I haven’t had any issues with cracks or parts breaking, but if you want a headset for on the go gaming this might not be the one for you. The speaker cups can rotate nearly 90 degrees in one direction, which always makes me feel like they are going to snap off if any pressure is applied. The band at the top appears more stable and each speaker cup can be lowered or raised to fit your head.

As for actually wearing them, the Man O’ War is extremely comfortable for both short and extended periods of play. My ears never hurt thanks to the rather generous speaker cushions and the top of the headset is also lightly padded. The headset stays firmly in place on my head when I am walking around listening to music, although it’s clear anything outside of gaming comes secondary for this item. It’s clear that Razer designed this to lightweight, as the Man O’ War weighs in at 0.73 pounds

One curious change is the switch from USB wireless to an analog cable. Given the original Man O’ War was wireless, it’s odd that Razer didn’t allow users to have the option of going wireless or analog. However, the cable is long enough to reach your sofa or snake around your desk if necessary. Though being wired can get a bit annoying depending on how your computer is set up since you’ll need to make sure it doesn’t run across your keyboard. The cable itself is fiber and is very sturdy, as I suffered no issues of it breaking, tearing, or cracking during my prolonged use.

Unlike a lot of gaming headsets, the Man O’ War’s microphone is actually retractable and can hide in the left speaker cup. When pulled out, the mic reached right about to my mouth, but never went past it. This should be fine for most people, but I highly recommend testing it out yourself to ensure you like where the mic ends up. There is no way to lengthen it, so making sure it fits your face is a priority. There is also an analog volume wheel and mute button attached along the fiber cable.

As for the mic quality itself, the Man O’ War is just okay when it comes to projecting the sound of your voice. Right out of the box I had multiple complaints both in team speak and Discord of my voice was way too low. This required me to manually go into my audio program and Discord to raise my output volume. Once adjusted, this issue was solved, but it’s strange how low your voice output starts on. There were no issues of static, echoing, or my mic breaking up during my time using it.

The actual quality of the speakers is fantastic, as the Man O’ War has crisp and completely clean audio. Voices and gameplay all came through the speakers without any issues and when layering multiple types of audio there were no problems with distortion. However, my one complaint is that the bass on the Destiny 2 Edition of the Man O’ War is lacking out of the box and didn’t blow me away. There is some bass, but if you are looking for a real boom in your ears then this may not satisfy you. That being said, this had extremely well balanced audio and it worked wonderfully when listening to games, music, and movies.

Also, if you are playing a game like PlayerUnknown’s Battlegrounds, the audio coming through individual sections of the speakers was perfection. Being able to hear gunshots in a distance and instantly know what direction they are coming from probably saved my life a few times. This headset is great for immersion, especially when used with horror video games like Resident Evil VII.

There are a lot of headsets on the market, but thankfully the Destiny 2 edition of the Man O’ War is on the upper end in terms of quality. Both the speakers and mic all functioned without issue and the actual sounds never became muddled or overbearing. The headset fits comfortably on your head for extended gaming sessions and the retractable mic is a nice feature. However, if you are looking to travel the less than sturdy nature could become problematic and lack of USB wireless (especially when the original Man O’ War had this feature) is a puzzling omission. That being said, Razer’s Destiny 2 themed headset is a good choice if you want a gaming headset but don’t want to break the bank. 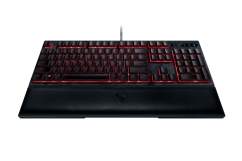 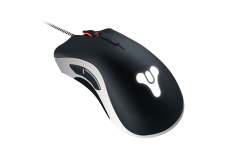