The game will allow you to explore different locations collecting items and money so you can decorate and grow your very own campsite for your furry friends to enjoy. The game is releasing late November 2017 and will be free for both iOS and Android devices. You can preregister here.

This is just one in an increasingly lucrative line of mobile games from Nintendo.

1. The Game Will Let You Create Your Own Campsite

Animal Crossing: Pocket Camp has you building your own campsite as the Campsite Manager, in which you place furniture in the area to attract guests if you use their favorite furniture or raise their friendship levels according to a press release sent to Heavy.

You craft furniture by filling requests for animal friends (such as giving them certain items) throughout different locations in the game in exchange for crafting materials. Then you spend Bells and the items to create your furniture and then use the touch screen to place them. Different furniture items have different attributes like cool or natural. Campsites can also have their own attributes but you’ll still be able to collect all items no matter which one you choose according to Mashable. You can also build amenities like pools, but they take much longer to create.

A friendship meter is being introduced to the series, and rises as you complete requests for animals. According to Mashable, you move your character by dragging your finger across the screen. Catching bugs, fishing, and real-time day/night cycles return.

Materials can also be acquired by spending Leaf Tickets, which are either acquired by completing goals in the game or of course spending real-life money. Leaf Tickets can also buy items to make bug catching and fishing easier, speed up the creation of furniture and amenities, and let you visit a mine to find minerals. According to the press release, you can also spend Leaf Tickets on unique camper exterior designs. Bells are acquired by selling items like bugs and minerals.

You can also go shopping at the market place for furniture & clothing items like shirts and shoes. Naturally your character’s facial features are also customizable including hair color, skin color, eye color, and gender.

You can also decorate your camper with furniture and paint jobs. Paint jobs and other exterior designs can cost a lot of Bells forcing you to take loans.

You can have other camp managers including your friends visit your camp site so you can trade with them. To get friends to visit your camp site, all you have to do is send them your in-game Player ID. You can also visit their campsite and even complement their work. 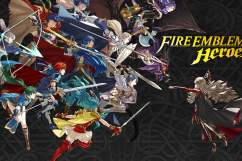 The game was first announced in April 2016, along with what would eventually be known as Fire Emblem Heroes. Not only did Polygon report about the game’s existence, but the talked about the feature to connect in some way with one of the Animal Crossing games for Nintendo’s dedicated systems. However, neither the Animal Crossing Mobile Direct nor the press release sent to Heavy mentioned anything about connectivity to other games.

At the time, Nintendo promised that both Animal Crossing mobile and Fire Emblem mobile will be “pure game applications” according to Polygon. Since Fire Emblem Heroes turned out to be a mobile version of both modern and classic Fire Emblem games, it looks like they’ll complete their promise with Animal Crossing: Pocket Camp. 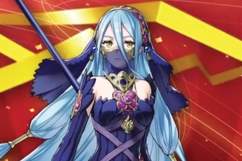 3. The Game Is Actually Now Available… In Australia

It's out for Australia on the Google Play store. pic.twitter.com/dIWXvpNu3D

User James White (aka @Kin3tiK) was able to download the game from the Google Play Store and play it. Others in the user’s thread not only confirmed that the game was available but also shared the game’s Android Package Kit (APK) file. The iOS version isn’t available yet.

Mashable was able to confirm that the game was playable as well and even played the beginning hours of the game, creating a character, choosing a campsite theme, and playing through the tutorial. Press Start Australia also confirmed that the game was available. 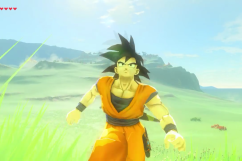 Breath of the Wild: 10 Mods You Need to See

4. This Is Just One Part of Nintendo’s Extremely Lucrative Mobile Game Plan

In March 2015, Nintendo announced that it would be bringing its franchises to mobile with a collaboration between it and Japanese mobile gaming firm DeNA, as TechCruch reported. They said that their new titles will be created from the ground up and won’t be just ports of existing Nintendo games. They also said that all of their IPs will be eligible for development. Talks about mobile games actually began as early as summer 2010.

TechCrunch reports that the multi-billion dollar firm DeNA was founded in 1999. They started off with web-based mobile games in Japan as well as its Mobage service but has transitioned into apps and acquired other companies such as social games maker Punch.

According to Engadget, Nintendo wants to release two to three mobile titles every year. So far they managed that in 2016 and it looks like they’ll manage that for 2017 since they released Fire Emblem Heroes this year and Animal Crossing: Pocket Camp releases this year in late November.

Nintendo’s very first mobile game was Miitomo in March 2016, a social app that had you answering questions between you and your friends’ customizable Mii characters. Next up was Pokemon Go developed by Niantic and released in July 2016 where it quickly set the world ablaze as millions of players tried to catch them all. Then Nintendo released Super Mario Run in December 2016, a runner game with Mario in familiar platforming challenges as well as a light kingdom building simulator and other modes. The latest mobile game from Nintendo is Fire Emblem Heroes which released in February 2017.

Forbes reported that Pokemon Go brought in $180 million in profit to Nintendo as of April 2017 despite them sharing the game with The Pokemon Company and Niantic. Super Mario Run has almost 150 million downloads across Android and iOS devices (however Super Mario Run didn’t cross the desired 10 percent threshold of players who buy the full game after the trial). The publication also reported that Nintendo has earned a total of 11.8 billion yen ($104 million) in Japan and 9.3 billion yen ($82 million) in the U.S. from its mobile games. Fire Emblem Heroes was downloaded 11.7 million times and earned $114.9 million dollars across both Apple and Android products as of July 2017 according to research by SensorTower. 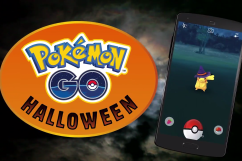 5. This Will Be the Next Big Animal Crossing Game

Since the original games, the series has seen a number of follow ups and spin-offs. Happy Home Designer for the Nintendo 3DS which features gameplay similar to Pocket Camp only you customize homes instead of campsites. There’s also Amiibo Festival which is a party/board game featuring special Animal Crossing Amiibo figures.

There was even an Animal Crossing animated film in 2006 directed by Joji Shimura who also directed a Tamagotchi movie.

During the Animal Crossing Mobile Direct, people were quick to point out that the infamous Tom Nook is running the microtransactions for the game:

Tom Nook about to play you all for fools lmao pic.twitter.com/tQOHaSePxb

Tom Nook is a recurring character in the Animal Crossing series. He is the owner of the store that sells you furniture and equipment as well as your house. Since you have to pay off the mortgage and also work with Nook to help play it off, the character has gotten a reputation for being a bit of a crook. It doesn’t help that he often employs his adopted sons Timmy and Tommy to work for him in the games.