Scientific Revenue is a company specializing in “turning players into payers,” as they say in their video demonstrating their dynamic pricing service.

The service tracks the data of mobile game players and changes the price they pay for in-app purchases like extra downloadable content. Game Critic Jim Sterling investigated the company, detailing their business practices and their worrying implications.

Update: Since Sterling came out as nonbinary in August 2020, this article has been updated with their preferred pronouns (they/them).

Scientific Revenue was incorporated in 2013 and currently resides in San Mateo, California, according to Bloomberg.

The company specializes in what they call dynamic pricing in order to “turn free users into paid ones and keep more whales” according to their website. Dynamic pricing analyzes the data of individual mobile game players and adjusts the price of in-app purchases, according to the company’s video. So different players of the same game could see the same content at a different price depending on to how much players spend in a game, the player’s level, how much is played and at what times, the income of the user, their location, and even what phone they use. Players could also see the same item sold for different prices at different times. This is said to increase user acquisition, improve engagement, and prevent users from leaving. The plugin is compatible with a variety of popular game engines such as Unity and Unreal Engine. Scientific Revenue refine and update the prices automatically so game developers don’t have to.

The company promises that developers who use their services could see a revenue increase of 20 to 40 percent. According to VentureBeat, Scientific Revenue gets a cut of the revenue, but only if it increases revenue by over 10 percent.

While the company doesn’t list what kinds of games use their software, they do say on their website that games using their service have been downloaded over 100,000,000 times.

2. This Isn’t the First Time Dynamic Pricing Has Been Used

Zynga experimented with a feature similar to dynamic pricing for CSR Racing 2 in July 2017, as Kotaku reports. Prices for Letty’s Sting Ray from The Fate of the Furious could see prices from $4.99 to $34.99. Many players were upset that they were being charged drastically higher prices than their peers for the same content, and Zynga later apologized and reset the price for everyone.

Kotaku also caught wind a patent by Activision that, while not related to dynamic pricing, also uses player info to get players to buy microtransactions. The patent is for a matchmaking system that identifies items that might be of interest to a player (such as sniper rifles for a person who likes using them) and matches the player into battles with a more skilled player with the item of interest. Then if the player purchases the item, then they could be used to influence other players. An Activision spokesperson told Kotaku that the patent was an exploratory one filed in 2015 and that it has not been implemented in-game.

3. Many Players and Developers Are Upset Over Dynamic Pricing

Grosso explained that dynamic pricing is no different from auctions, surge pricing, airline pricing, and adaptive retail pricing, and more. He also said that the practice may be wrong if pharmaceutical companies charge more for life saving medicine or if batteries become more expensive during storms. He said that they in most cases lower prices. In response to the idea that dynamic pricing may give some players an unfair advantage in competitive games, he said that it is fair because people that are on more of a budget get lower prices. He also directly addressed the notion that this pricing model will kill the industry:

We are not living in Thunderdome, and this is not a Mad Max tale.

The responses weren’t adequate for Sterling, however, not just because Grosso used false equivalencies to established methods of price flexibility and indirectly dismissed Sterling and others’ concerns about the industry but because it didn’t address all of Sterling’s questions, namely how the service is being responsibly implemented, if users are put off when they learn they may be paying more for the same item, about the risk of saturating the mobile gaming market, and whether or not the company was approached by developers making larger games for console and PC. The article sidestepped the issue of ethics by saying that everyone does it.

Sterling said that they used to be a big supporter of the mobile game market, but not anymore. They also said that the existence of entire companies like Scientific Revenue finding ways to further monetize players demonstrates that the common argument that microtransactions are optional and just offer choices to players is insincere.

While the Scientific Revenue boss claims that the death of the industry is far more likely to be the fault of people like me rather than organizations like his, I can personally say that I gave up on the mobile games market specifically because monetization had gotten so overbearing, so oversaturated, so overly manipulative that I couldn’t stand it anymore. 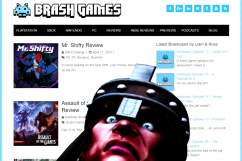 4. Microtransactions are More “Popular” & Profitable Than Ever

Microtransactions, especially those in game already costing a premium price, have become one of the most controversial aspects of the gaming industry right now. But that doesn’t mean they’re going away anytime soon.

Forbes reports that the GTA Online mode of Grand Theft Auto V has raked in over $500,000,000 in microtransactions, with a nearly 100 percent profit margin thanks to how cheap they are to produce. That’s on top of the 60+ million copies the game has sold.

PC Gamer reports that monetization services company Digital River published a report that in 2016, a quarter of all digital revenue from PC games with an upfront cost came from additional content, which has in turn tripled the value of the industry. However they also note that customers now expect more game for less.

Sterling was a large part of an expose on gaming outlet Brash Games in May 2017. They and a bunch of former writers found evidence of Site Owner and Editor Paul Ryan (not the politician) not paying writers, removing bylines from reviews when their authors quit, changing review scores without consent from reviewers, posting advertorials for gambling websites without disclosure, sending dubious legal threats, and attempting to deleting evidence of said behavior from internet archives.

Back in April 2017, Sterling found that a recent wave of advertorials involving gambling websites and apps were not only paid, but that the companies paying the outlets didn’t require disclosure and even encouraged clients to hide the fact that they’re writing an advertorial.

Sterling was receiving offers from two such companies, ICS-Digital and Media-Top, to put advertorials on their website even though it’s funded by viewers and doesn’t feature ads or sponsored content. Sterling decided to strike a deal with Media-Top to see what the process was like. Sterling found that Media-Top doesn’t care if the articles aren’t about online casinos. In fact, they told Sterling to write about a topic they likes and just shoehorn the link to the casino into the article. It doesn’t even matter if the links are clicked on because just including links on articles on popular subjects increases the search engine optimization (or “SEO Juice” as they called it) of the casino. Not only did the topic of disclosure never come up, but Media-Top encouraged Sterling to put other external links unrelated to online casinos to “mask” the link so that it isn’t obvious.

Media-Top told Sterling that they’ve made over 5,000 deals in the past two years.

While the negotiation only came from Media-Top, the process eerily matches advertorials on a number of websites. They awkwardly weave in the topic of online gambling into the article, have multiple links, and don’t disclose that they’ve been paid for.

Sterling decided not to go through with the deal, even to write an article lampooning the company while also including their link as a joke, because the $100 they would have been paid wasn’t worth it. Sterling later donated $100 to the Nevada Council on Problem Gambling and another hundred to the ACLU.

Back in September 2016, Sterling was contacted by an anonymous developer working on Deus Ex: Mankind Divided. The developer told Sterling that the decision to include microtransactions in the game was a last minute decision sprung on the developers by publisher Square Enix. The multiplayer mode, Breach, was tacked onto the game not only to support the microtransactions but because Square Enix was afraid that players would get bored of the single player mode.

The developer also said that Square Enix paid their interns at Eidos Montreal some of the lowest wages in the city, there was no internal beta within corporate, the game constantly tracks player movements in the game and stores them in a server for analysis, and one programmer claimed that Square Enix’s upper management “doesn’t give a fuck about games.”

For Sterling, this is just business as usual. Learn more about their work in the link below: