So the opening cinematic for Dragon Ball FighterZ (which you can view above) is live!

Now there’s only one real conclusion to reach due to this development – the launch roster for this hype anime fighter is now final. And as far as launch roster’s for fighting games go, Dragon Ball FighterZ gets plenty of praise from us. The most requested characters from Dragon Ball Z and Dragon Ball Super have made it into the game…but there’s always room for more. A few months back, it was announced that Dragon Ball FighterZ is getting a Season Pass. That Season Pass will give everyone who gets it access to eight additional fighters.

After re-watching all the DBZ films and scouring through past episodes from every portion of Goku’s adventures, we’ve found the eight fighters who need to get in. Here’s hoping that Arc System Works makes our Super Saiyan dreams come true.

Because of course he’s getting into the game, right? As a matter of fact, we’re betting he’s going to be the first one to get revealed. We got some super buff brawlers in the game already. But Broly’s addition to that genre of characters is a must, obviously. It makes all the sense in the world to keep him locked into his Legendary Super Saiyan mode. Broly’s massive stature while in his super powered form is nightmare fuel for anyone who’s forced to face him. Make him stomp on fools via his Bloody Smash, rush down his foes with his Delta Combination, power through everyone’s defenses with his Energy Shield, and make one of his super moves the dreaded Eraser Cannon. Broly is a first ballot pick for Dragon Ball FighterZ’s future DLC roster.

Bardock’s origin story resulted in one of the better DBZ movies we’ve ever seen. In his final moments, he fought valiantly against Frieza’s forces before he was annihilated by the purple demon himself. BRING HIM BACK TO LIFE, ARC SYSTEM WORKS! The dream team of Bardock, Goku and Gohan is something that needs to be a thing in this game! When it comes to his moveset, Bardock can be a mix between a rushdown character who can also mix things up with assists. Those assists could come courtesy of his Planet Elite Force (Tora, Fasha, Borgos, and Shugesh), which would make him similar in style to Captain Ginyu. Bardock’s own moveset would consist of his Heat Phalanx, Riot Javelin, and his almighty Final Spirit Cannon techniques.

Super Saiyan 3 Gotenks is the only Fusion roster member we can body opponents with…so far. If it’s one thing we love, it’s a cocky character who exhibits that overconfidence through their moveset. Gotenks does all of that, but there’s another fighter who fills that role perfectly – Goku and Vegeta’s fused warrior, Vegito! More specifically, his Super Saiyan God Super Saiyan formation from Dragon Ball Super. His footwork is nasty, so let his sick kicks make up the majority of his normals. As for his other maneuvers, Vegito could totally utilize his Banshee Blast, Big Bang Flash, Final Kamehameha, and Spirit Sword attacks. We can already envision how fights with SSGSS Vegito against Super Saiyan Rosé Goku Black would play out!

The Fusion Reborn movie is responsible for giving the Dragon Ball universe one of its more underrated villains – Super Janemba! Sure, he looked like a golden Pillsbury Doughboy in his first form. But after he slimmed up and whipped out his blade, he got all Super and ten times more badass! Super Janemba could be a tricky foe to deal with thanks to his Bunkai Teleport and Cosmic Illusion counterattack. It’d be pretty awesome if his ability to create a clone of himself made it into the game and became a part of one of his specials. As for his supers, Super Janemba could wipe anyone out with his Hell Gate energy blast and Lightning Shower Rain. Super Janemba would make sense as a counter- based baddie who’s also great at teleporting all over the place.

THIS GAME NEEDS MORE PISSED OFF DEMONS! Dabura, the King of the Demon Realm, is ready made to fill that character niche. He’s the only other fighter that needs to represent the Buu saga. His ability to conjure up weapons out of nowhere means he could dish out big damage with his sword and spear. Then he could totally rely on his Evil Flame and Cape Swing to dish out ranged attacks. Arc System Works could do something interesting with his super move by giving that move a nod to Guilty Gear’s Instant Kill attack. Let him employ the use of his Stone Spit attack and then crush that spell stricken foe in the coolest way possible.

Only the most hardcore DBZ fans recognize this green-skinned dude. Pikkon gave Goku one of his best fights during the Other World Tournament, so he’d make for a formidable opponent in this game. Besides his expected use of fisticuffs, Pikkon would be able to rely on his Homing Energy Wave (a unique beam attack that can lock onto anyone). Then there’s his Burning Shoot, which could be employed as a super move that powers him up and majorly alters his attacks. His most powerful attack could definitely be his Hyper Tornado, a spinning attack that would look all Rashid from SFV-like. Pikkon’s simply too damn cool to leave out of Dragon Ball FighterZ.

There’s only one female fighter in the game? Granted it’s the incredible Android 18, but there needs to be more lady fighters. Now we know a lot of people frown upon Dragon Ball GT, but it still added some cool elements to Dragon Ball’s overall cannon (even though GT is considered non-cannon…). Pan should be the second super-powered woman who gets a character slot! Pan’s half-Saiyan, half human. Which means she’s just as big of problem as Gohan, Goten, and Trunks. Her moveset would consist of the Kamehameha, Maiden’s Rage, Spirit Attack, and her super powered Maiden Blast. Her unique character trait could come in the form of assists from the oh-so-cute Machine Mutant Giru.

Now you all know who’s the OG who taught Goku and Krillin everything they know, right? Never mind the fact that he’s a super perv. Master Roshi is still far from a joke! For those of you who watched Episode #105 of Dragon Ball Super, you all got reminded of just how strong that old fogy is. Roshi could join the game’s collection of beefy fighters and even give them a run for their money. If he does make it into the game, it makes sense to keep him in Max Power mode. Just imagine how cool it would look if Roshi could pull out all his Turtle School martial arts combinations in the game. And of course, his ultimate move could be his Max Power Kamehameha. Max Power Master Roshi can hit like a locomotive. We’d love to see his fighting style replicated in the game. 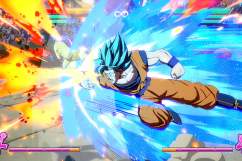 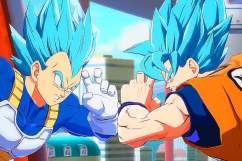