Here are the top 10 tips/tricks/cheats you need to know for Nitro Racing GO: Idle Clicker.

• It’s going to get to a point where you aren’t catching up to other cars as quickly, unless you pour your winnings into improving your car’s performance. Each component you upgrade will increase the amount of cash you earn from passing another racer, and higher ranking upgrades grant bigger increases.

2. Focus on the Big Parts

• Every time you upgrade whatever car part is at the bottom of your list, the next part unlocks. Try to focus on upgrading the parts that are lower on the list when you can, because the further down the list you go the bigger the cash increase they’ll grant you – which, in turn, will make upgrading the cheaper stuff even easier because you’ll be earning way more money.

• As parts level up they’ll earn you more money, but once they hit specific points of progress they’ll also acquire other improvements. These include passive perks like increased part performance, a better chance to activate a temporary nitro boost when tapping, and enhanced performance for all parts.

4. Don’t Forget to Train Skills, Too

• In addition to upgrading the car, you can spend cash on unlocking and improving skills for your driver. These generally don’t earn you money as steadily as improving your vehicle’s performance does, they have to be activated manually, and they likely won’t help you earn anything extra when the game is closed. However, they can certainly give your cash flow a noticeable boost whenever you turn them on. Just keep in mind that these skills all have specific effects and have their own separate cooldown timers.

• You can use the coins you occasionally earn from beating bosses (i.e. the lead cars in some races) to purchase booster packs, which can be equipped and stacked to further enhance the performance of your car’s parts.

• As you play, you’ll steadily start to meet the requirements for all sorts of achievements. Many of these achievements will change into a tougher version once you complete them, as well. By checking the Achievements tab you can collect gems from all of the ones you’ve currently completed.

7. You Have to Be Quick to Beat Bosses

• Boss cars show up at the end of every 20 car lineup. The only way to beat them and move on to the next race is to make sure you’re faster. And the way you can tell if you’re faster is by watching your bars. The green bar is your car’s progress and the red bar underneath it is the boss. So long as you can fill your green bar before the red bar fills up, you’ll win and move on. Don’t fret if you fail though, you can still race against non-boss cars to earn money for upgrades and challenge the boss again when you’re ready.

• As you’re driving you’ll come across armored cars that leave a trail of money behind them. By passing these special vehicles you’ll earn even more money than you usually would from passing a regular car. They even count towards your race progress!

• Each league is made up of 10 circuits, and each circuit is made up of five full races against 20 cars (19 regular racers and one boss). You’ll earn a fair number of rewards for beating each league, and once you complete your first you’ll be given the option to start a new competition.

• You can only start a new competition – the option is located at the top of the Skills tab – once you’ve completed the first league (Bronze League V). Restarting will reset all of your progress, driver skills, and vehicle upgrades, but you do keep your boosters and currencies that aren’t cash. Starting over will earn you credits, which can be used to hire and upgrade Crew to further increase the amount of money you can earn during a race. 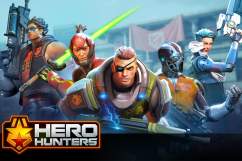