Here are the top 10 Romance of the Three Kingdoms: The Legend of CaoCao tips, tricks, and cheats you need to know.

1. Fight Alongside Your Allies With “Joint Attack”

• The red tiles that surround each Commander indicate their attack range. If an enemy is within the attack range of a Commander who has not yet used their action, the red tile will turn purple, indicating that attacking with another Commander will trigger a Joint Attack. Use Joint Attacks to overwhelm the enemy and dominate the battlefield!

2. Pouches: A Must-Have for Novice Warlords!

• If you find yourself dying too easily in battle, try equipping a pouch. It will automatically use HP recovery items whenever the Commander using it is hurt in combat. Here’s how to obtain a pouch – go to “Fuse Artifacts” to make a pouch yourself. By the way, alliances that reach level six or above can purchase a “Pouch Voucher” in the Alliance Shop

• You can upgrade your buildings to make them produce more goods (Rations, Silver Coins) Simply go to your domain and tap a building to upgrade it. Building upgrades increases both the production rates and maximum storage for Silver Coins and Rations. It’s more efficient to spend your resources improving Ration/Silver Coin production and storage when you’re just starting out. Also, don’t forget to assign Commanders to your domains! Some of them provide special boosts to resource production that will do wonders for you in the long run.

4. Short on Time? Speed Up Your Battles!

• You can adjust the game’s pace with the “Speed” button on the left side of the screen during battles. If it’s still too slow, hit “Fast Battle” to turn off movement and attack animations for a handful of Gold Coins. Finally, if issuing orders to every one of your Commanders is too much of a hassle, just activate “Auto Battle” to have the AI take the reins!

5. Ranking Up in a Hurry

• When it comes to raising your Warlord Rank, “Quests” are the way to go! Each quest will give you Warlord EXP along with the items needed to upgrade your Commanders. Quests completed with three seals can be easily repeated through expeditions.

• You can check battle and terrain info by tapping the corresponding buttons on the right side of the battle screen. “Battle Info” displays the win/defeat conditions of the current map along with the three seal missions you must complete to earn the greatest rewards. “Terrain Info” displays the effects of terrain on different unit types. You can also see which tactics can be deployed on each type of terrain.

• Complete daily quests every day to obtain Permits, an item essential for each Commander’s final promotion. You can also obtain the Artifact Crafting Permits needed to — you guessed it! — craft your own artifacts.

8. Wish You Could Take Back a Command? You Can!

• Training Scrolls are a vital part of training your Commanders, but do you know which scrolls most benefit which Commanders? Officials benefit the most from INT/LCK Scrolls, while Officers get a higher payoff from STR/CMD/DEX Scrolls!

10. In Annihilation, the Trials of Combat Turn Men into Warriors

• Join Annihilation to face other players in PvP battle! You can earn free Gold Coins just for participating in Annihilation, so attack without the fear of defeat! Earn Gold Coins and train your Commanders every week to win fame and fortune on the battlefield! 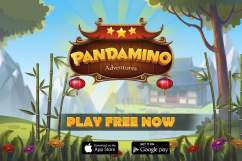