Now that all of Brutus’ challenges are available, the time has come for players to pick a side between Ghost and Shadow.

These two factions play a big role in Fortnite Season 2, so players will have to choose what side they want to be one. Be careful, because you only get one choice.

Once players complete a series of objectives, they’ll be able to pick out their special Brutus style. First things first, players will have to do the following:

Once those are out of the way, players will have to choose Shadow or Ghost. The Shadow skin will give Brutus a sleek, black style, while the Ghost side puts him in a white suit.

When you make up your mind, it’s time to steal some plans. As it turns out, this is actually the easy part.

How to Steal Security Plans 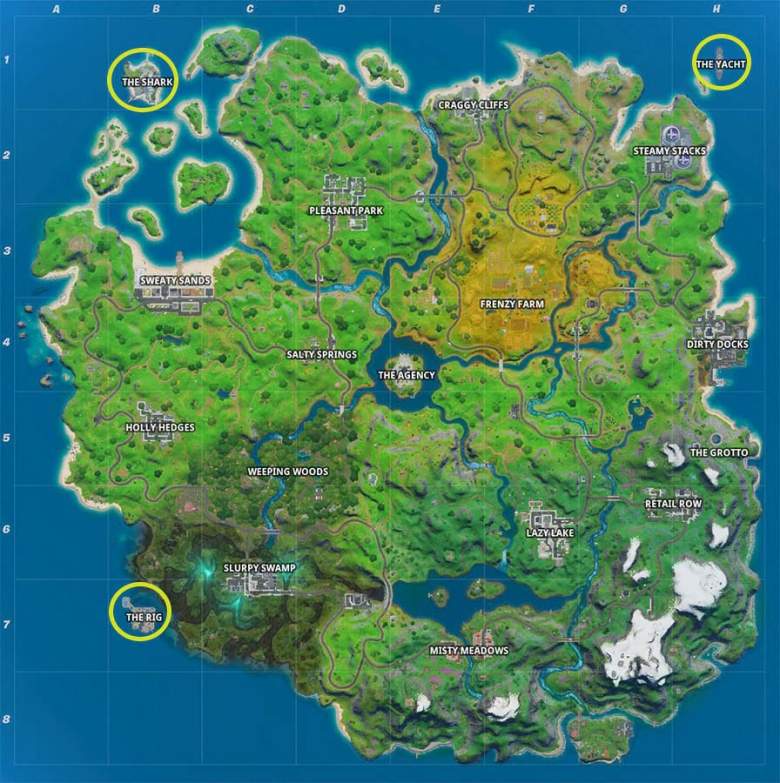 Epic GamesYou’ll need to head to any of these yellow circles to steal the plans.

When players first drop into a match, they’ll need to choose between heading to The Rig, The Yacht, or The Shark. The Grotto is home to Brutus, so it makes sense that we’ll be avoiding it here, but TNTina might be asking us to visit there in the future.

Once inside any of these three locations, players will be on the lookout for a computer terminal of some sort. Keep in mind that these places will be crawling with deadly Henchmen, so keep your guard up.

Pro Game Guides / Epic GamesThis is what you’ll be looking for at each location.

It’s important to note that you will need to collect the plans and deliver them in the same match, making this quite tough to complete. These special locations are usually popular spots to land, so there will be a lot of resistance here, possibly looking to do the same thing as you.

How to Deliver Security Plans

Epic GamesDelivering the plans is actually the hard part.

If you manage to get your hands on the plans, you’ll then have to track down a special mailbox to send them.

These will be located in named locations such as Retail Row, Pleasant Park, and whatever else locations would be likely to have a mailbox. So far, we’ve seen them at the following spots:

Not just any old mailbox will do, but instead, you’ll need to find specially marked ones. The Ghost ones will be white while the Shadow ones are black. Depending on what team you chose, you’ll need to visit the right box.

Once all of this is done, you’ll be free to claim your variant style. It appears likely that once Tina finishes up her two weeks of trials, she’ll be offering a very similar quest, so be on the lookout for that.

It’s nice for Epic Games to offer up a PvE-style quest, but things can become really frustrating when players keep on interrupting you.

Fortnite Chapter 2 – Season 2 is out now on all platforms.

Read More
Fortnite, Gaming News
The time has come for you to steal security plans from The Rig, The Yacht, or The Shark and deliver them to Brutus in Fortnite. Here's how.