A One-Punch Man: A Hero Nobody Knows review code was provided by the publisher.

One-Punch Man has been quite the wild ride during its first two seasons. After an unexpected encounter with an evil humanoid crab, the once weak and feeble Saitama steps up to train and morph himself into an all-powerful hero. Saitama ends up exceeding his limits by acquiring the type of power that leads to the destruction of his foes with just one punch. His world is full of wild heroes, villains and all sorts of situations that put them at odds with each other. As an up and coming world savior yourself, you fight hard to climb the ranks of the Hero Association and earn the highest rank a hero can ever attain. This premise might sound like an exciting prospect, but One-Punch Man: A Hero Nobody Knows’ mundane mission structure and uninspired arena combat bring such a grand concept down to disappointing levels of boredom.

One-Punch Man: A Hero Nobody Knows drops you into an explorable hub world split off into different locations. After creating your custom hero, you set upon a city packed with other popular do-gooders and your regular everyday citizens who always call upon you for help. On the visual side of things, the city’s many districts and its inhabitants all look as close as possible to the anime itself. Voice actors thankfully reprise their roles for each hero and villain, which is something that is greatly appreciated. As far as compliments for this anime fighter goes, however, that’s where they all end. Sadly, One-Punch Man: A Hero Nobody Knows falls into the tired trappings of your average arena fighting game that’s inspired by a mega-hit manga/anime franchise. 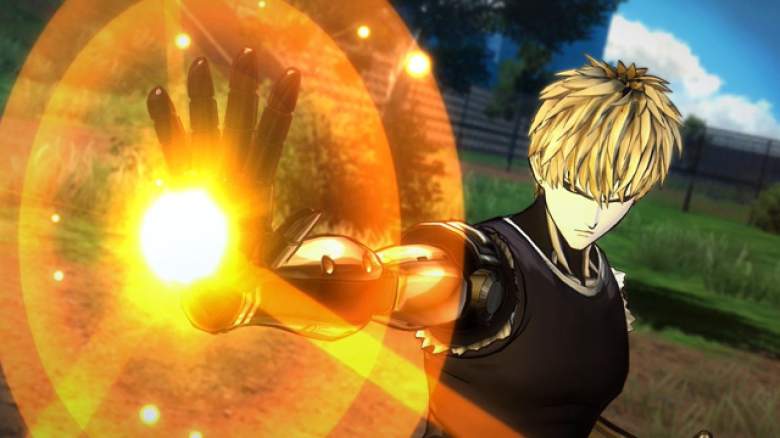 Moving through the game’s environments quickly becomes a tiresome activity – all you’re asked to do is complete boring fetch quests and attempt to defeat random baddies. While it’s somewhat fun obtaining new special moves, changing your hero’s superhero costume, and tinkering around with your personal digs, the actions you need to take in order to accomplish those goals are repetitive and unexciting. One-Punch Man: A Hero Nobody Knows’ combat is far too simple and unfulfilling.

Each character has access to light/strong attacks, a grab, quick maneuvering options, special moves, and a unique mode change ability. Combos are incredibly basic and there’s really no room to pull off anything flashy except for a launcher that leads to air combos that can be finished off with a super move. There isn’t even the possibility of landing a sick tag-team combo, which is a definite head-scratcher. The game’s roster has access to their best moves from the show, which all look pretty cool in action. It’s just unfortunate that such impressive moves are stuck within the frame of a braindead anime arena fighter.

Saitama himself is more of a gimmick than an actual character in this game. Since he’s such an unstoppable powerhouse, he’s able to wipe out anyone that steps up to him in just one hit. His role leads to some decent moments during the main campaign, but his usage outside of that mode is more of a hindrance to your team due to the long wait time required to bring him into the fray. This fighter’s combat tries to set itself apart from other games of its kind via other gimmicks, such as random events, item drops, and the aforementioned Hero Arrival mechanic tied to Saitama’s participation in battle. But they all fail in maintaining your interest and expose the weak mechanics tied to this game’s ho-hum battle system.

One-Punch Man: A Hero Nobody Knows is a complete waste of a great manga/anime property. Instead of creating a worthwhile game for the series in the vein of a fun action RPG or spirited beat ’em up, fans are instead treated to a lame arena fighting game. The combat system is far from complex and the fights devolve into special move spam fests. Upgrading your hero’s moveset and changing their overall look is mildly entertaining – it’s just too bad that the many missions handed to you are boring item retrieval jobs and unsatisfying battles. Saitama and his motley crew of heroes and villains deserve so much better than this anime arena fighter hack job.

Our One-Punch Man: A Hero Nobody Knows Score: 5 out of 10