The information about Fortnite Season 4 is coming in quick and more and more about what to expect is being revealed, and if you’re a Marvel fan you’re gonna love the info that’s coming out.

It was a rumor before, but now the word is out that Season 4 will feature a heavy Marvel theme and it doesn’t end with just Thor.

Shortly after Epic Games teased Thor, Fortnite leaker HYPEX confirmed a bunch more about the season, including some skins that you might be interested in.

There were rumblings of a Wolverine skin being added that HYPEX has since confirmed, but now we can look forward to fellow X-Men member Storm and even Groot from Guardians of the Galaxy.

Give Us All The Marvel

Groot is gonna be a battle pass skin 👀

HYPEX clearly has someone on the inside that is feeding him info as he’s been dropping information about the new season left and right.

On top of him saying Groot is going to be a skin, Stonewall Tabor has also revealed that Storm will be added in this season.

According to @StonewallTabor, The season is gonna be Marvel themed (as i said) but its gonna be the Comic version of characters, not realistic ones. also we will get a "Storm" from X-Men skin! pic.twitter.com/Cdb7jIwI0x

Groot was singled out as being a skin from the Battle Pass, so while Storm hasn’t been confirmed or denied, we don’t know how we’ll be obtaining her as of yet.

Here’s everyone that has been leaked so far:

There will more than likely be even more skins coming in the future, but this is what we know so far. Luckily, we only have to wait until August 27 to find out what the season truly has to offer. 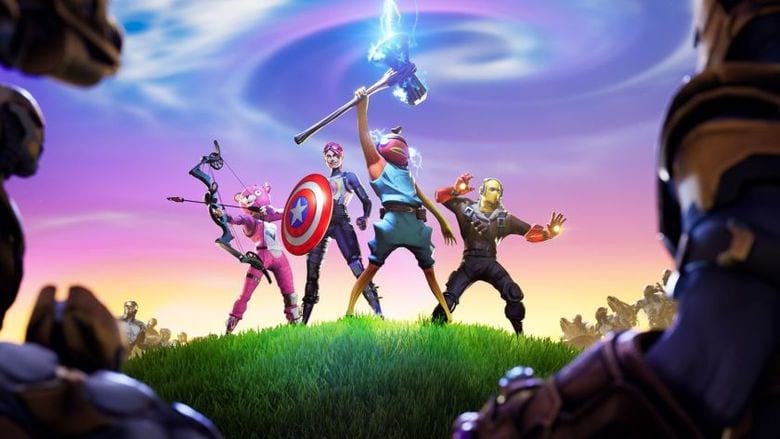 Since Thor has been actually confirmed, you might be excited to know that Asgard is also in the works according to leaks.

Deadpool and Aquaman both got special locations on the map, so why not Thor? One thing we don’t know is whether Asgard will be there once Season 4 rolls around or if we’ll have to wait until later in the season like the previous two examples.

This is currently shaping up to be one of the most exciting seasons of Fortnite in recent memory, especially if you’re a fan of Marvel.

READ NEXT: Fortnite “Midas Flopper” Leaks Ahead of Season 4 Launch

Read More
Fortnite, Gaming News
Marvel fans rejoice as it looks like Storm and Groot are joining us in Fortnite Season 4.