On September 10, Epic Games announced they were rolling out a new item shop for Fortnite players, but it would be done gradually.

The new design does free up a lot of the clutter that’s currently seen, so it’s definitely something that will be appreciated once it’s available on every platform.

It’s only live right now on PC, PS4 and Xbox One, so if you’re a mobile or Nintendo Switch player, there’s no chance that you’ve seen it so far, at least until today. The contents of the shop are exactly the same on each platform, so there’s no reason to worry about missing out on any items.

Here’s how the new shop looks. 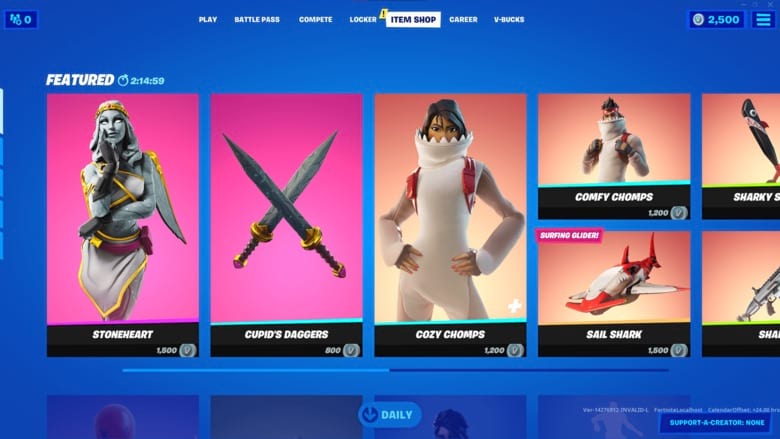 The new shop will make things a bit more streamlined, which is appreciated. The current item shop design doesn’t really have many issues, but it’s hard to deny that this is a better look overall.

It should be a bit easier to navigate, especially considering how many different things hit the shop daily now whether it’s Starter Packs, special bundles, or featured items.

There are plenty of ways to spend real money and V-Bucks alike nowadays, so it looks like Epic plans on making that a bit more obvious.

How Many People Have This Shop?

UPDATE: i am WRONG

As mentioned previously, Nintendo Switch and mobile players shouldn’t yet have access to the shop just yet, but the number of people who have it overall is increasing.

Fortnite leaker Lucas7yoshi says the new style has increased from five percent of the playerbase to 10 percent, so now there should be a bunch more players reporting that they see the new shop.

He says this could span across every platform, but he doesn’t know definitively if that’s the case. If you’re on mobile or Switch and see the shop, that is some pretty good confirmation that this new design has spread.

READ NEXT: New Fortnite BTS Emotes Leak Ahead of Concert